Simon Barnes bought the Winkworth Highcliffe office in April 2016 from an existing franchisee who had decided to retire. 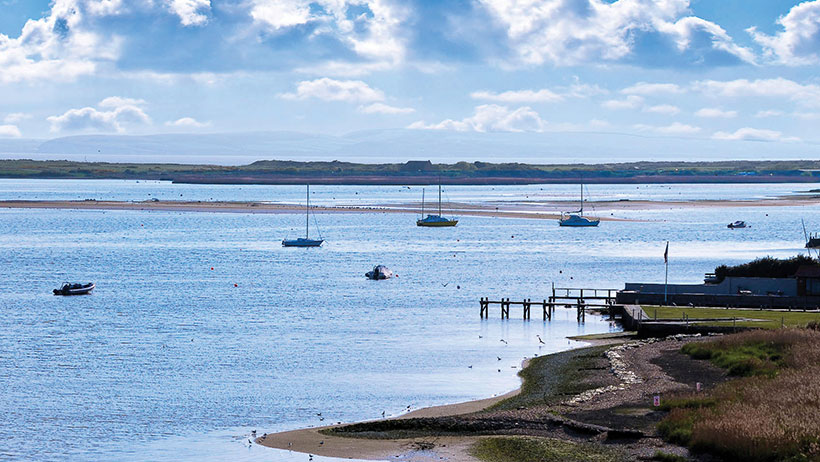 “I started my career at Winkworth Hammersmith, often called the ‘Brook Green’ office. I started at a fantastic time, January ’96 as we were pulling out of a horrible recession and the market was coming to life again. I can remember selling a 2 bed flat on Bolingbroke Road for £68,000 and saw in the Sunday paper yesterday a 2 bed flat for £795,000, just to give you an idea of what prices have done in the last 21 years!”

“It was a happy time and I remember my biggest month (ever in terms of volume in fact), was 17 deals agreed in July ’97, and 14 of those went ahead! A house on Sterndale Road (very desirable streets of substantial terraced family houses) could be bought for £365,000 and now I don’t think you’d have a lot of change from £3m!”

Simon is originally from Dorset and grew up in Bournemouth. His fiancée was still living in the area so Simon thought it was time to move back and out of London, and take on a new challenge.

“Being next to a gorgeous beach and having the Purbecks, Jurassic Coast and the New Forest close to hand isn’t so bad. Also, the road and train links to London are fantastic as well as airports at Bournemouth and Southampton, and excellent ferry links to the Channel Islands and France.”

“As well as the above, it’s a friendly community and is very popular. People love it and it has a certain charm.”

Simon has really embedded himself into the community in Highcliffe over the last 12 months, having sponsored both the Highcliffe School Winter Fair and the Highcliffe Revival Food Festival.

“I started on top of the changes in the stamp duty for buy-to-let flats and holiday homes, which was interesting...but I’ve always found that markets absorb changes (they have to don’t they?!).. and life goes on. Also, the Brexit effect had people wondering for a while but unlike central London with its masses of euro buyers, we haven’t been affected here.”

When asked what the best thing about Winkworth Highcliffe was; “I’ve inherited a fantastic team in the office!!”