Many different industries have seen an increasing number of franchised businesses over the years especially in America and the UK, but when it comes down to it – what actually is franchising? 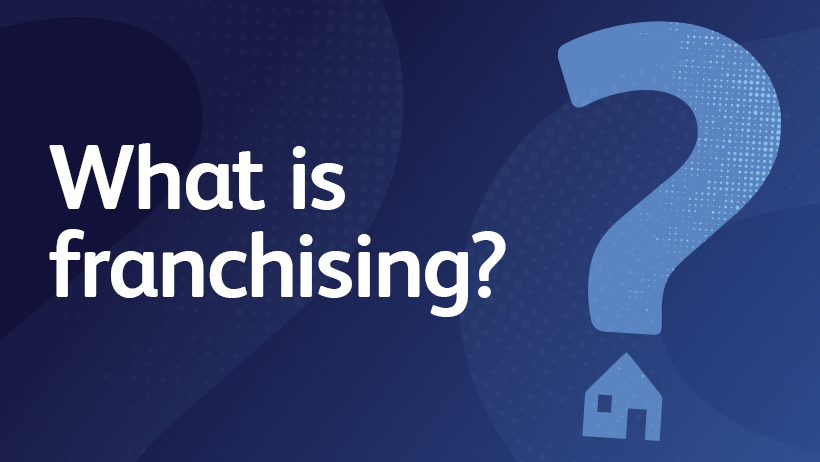 In simple terms Franchising is where a company (the Franchisor) offers out a licence to a third-party individual or group (the Franchisee) so that they can use their name to trade under for a one-off royalty fee. In the case of Winkworth, this fee is £20,000 +vat.

As well as immediate name recognition, the franchisee gains access to the support systems and services that the franchisor has developed in return for a percentage of sales revenue. Winkworth charges a fee of 8% of gross receipts earned by the franchisees.

There are benefits of franchising for both the franchisor and franchisee. Franchisors mainly use the franchise model for rapid growth expansion with minimised and concentrated risk. Winkworth began franchising in the early 80’s and the number of offices has since grown from 10 to 100 during this time. Unlike most other franchised companies Winkworth doesn’t own any of the 100 offices, instead they are all independently owned and operated by franchisees.

Franchisees benefit from the franchisor’s already established systems, training, marketing and PR, IT and digital software such as the main website and individual microsites. Winkworth franchisees also benefit from economies of scale in terms of the portals that they advertise on. Small independent companies often are charged huge amounts by the likes of Rightmove, Zoopla and On The Market, however Winkworth negotiates large group deals, meaning all the offices save money.

Franchising is a great way to own your own business with minimised risk of failure attached to it. The property market has been tenuous over the last few years especially due to substantial governmental changes. Unfortunately, this has meant that some independent agencies have struggled to stay afloat due to continued uncertainty and change. The franchise model allows for difficult market conditions as Howard Greenfield, franchisee of four Winkworth North London offices explains, “It has been tough at times responding to all the ups and downs of the market, but being part of this franchise has been hugely beneficial for us as, without all that it offers, it’d be very hard to succeed as an independent business these days.”

Joining a franchise means you will get support from experienced staff and other like-minded individuals so there is always help when you need it.

If franchising is of interest to you, or you would simply like more information regarding the franchise model, get in touch with our New Franchising team today.