We see so many individuals perform well, work hard, and succeed when joining Winkworth, and often within a very short space of time. Here we speak about new franchisee Sean Doyle and his personal success with the brand, opening 3 Winkworth offices within two years. 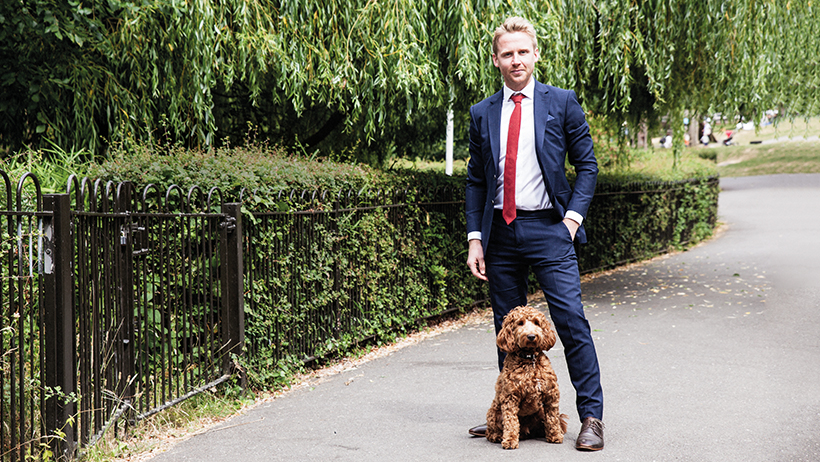 In August 2017 Sean Doyle bought the Winkworth New Cross office from the existing franchisee who was retiring. Shortly after in November of the same year, Sean purchased the neighbouring Forest Hill and Sydenham territories from Winkworth. In September 2018 Sean expanded his growing personal network of offices to purchase the Algarve territory in Portugal.

Coming from a property development background, Sean had worked with Winkworth offices for over 15 years in and around South London and had “always been impressed with their professionalism and market presence.”

“Winkworth never failed to deliver on results and always strived to ensure the job was completed as effectively as possible,” Sean comments.

Having worked with the Winkworth New Cross office on numerous occasions Sean was made aware of the possibility of the then existing franchisee looking to retire and therefore sell the office. “I naturally jumped at the opportunity to strengthen my business and utilise my property industry knowledge to further increase the current business,” Sean explains. He quickly completely refurbished the New Cross office, hired new staff and began a vigorous marketing campaign which has all paid off as the office is now turning over almost double what it was 12 months beforehand.

Sean then realised the potential in expanding to nearby Forest Hill and Sydenham areas and requested to purchase the available territory from Winkworth, which was subsequently granted. He wanted to utilise the gap in the market that wasn’t covered by a Winkworth office and bring the established brand back to the area. Sean has now secured a central office location in the heart of Forest Hill and plans to open the new office in April this year.

“I have been heavily based in the Forest Hill area with investment properties for over a decade,” explains Sean. “The market here has always been very buoyant through the recession and following years and with the integration of the overground line the market has continually evolved and improved year on year. I’m excited about what’s to come here for both me and the Winkworth brand.”

Sean has had an established property business in Portugal with his family for several years now and had been exploring his options to take this business to the next level. Since joining the Winkworth network in 2017, Sean discussed options to integrate this business with the new franchising team. “With access to the Portuguese market being available with Winkworth, it was a simple decision for me to move this business over,” says Sean. “The market in Portugal is very different to the UK and I expect the results of the transition to start showing in the next 12-18 months.”

Much like a large percentage of the Winkworth network, Sean has always worked closely with his family. He owns his property business in Portugal with his brother and when he purchased the Winkworth New Cross office quickly employed his sister to head up the property management side of the business. “I have always been involved in a family business and have found working with my sister over the years to be one of the reasons why I have succeeded so far. Having a member of staff who understand the importance of decisions and backs you all the way is a huge benefit,” explains Sean. “My sister Ursula also has a profound understanding and knowledge of the property sector so is a massive part of my business success.”

Sean has proactively expanded his Winkworth offices into key areas that he sees have huge potential and he’s looking to continue this growth by expanding further into South London in the coming years. “I see that there are vast opportunities to bring certainty into a volatile market with honest, trustworthy advice and a strong backing of a large reputable company,” comments Sean. “I’m very much looking forward to my future with Winkworth.”

If you would like to know more about owning a Winkworth office and the opportunities and support from head office for expansion, get in touch with the new franchising department today.