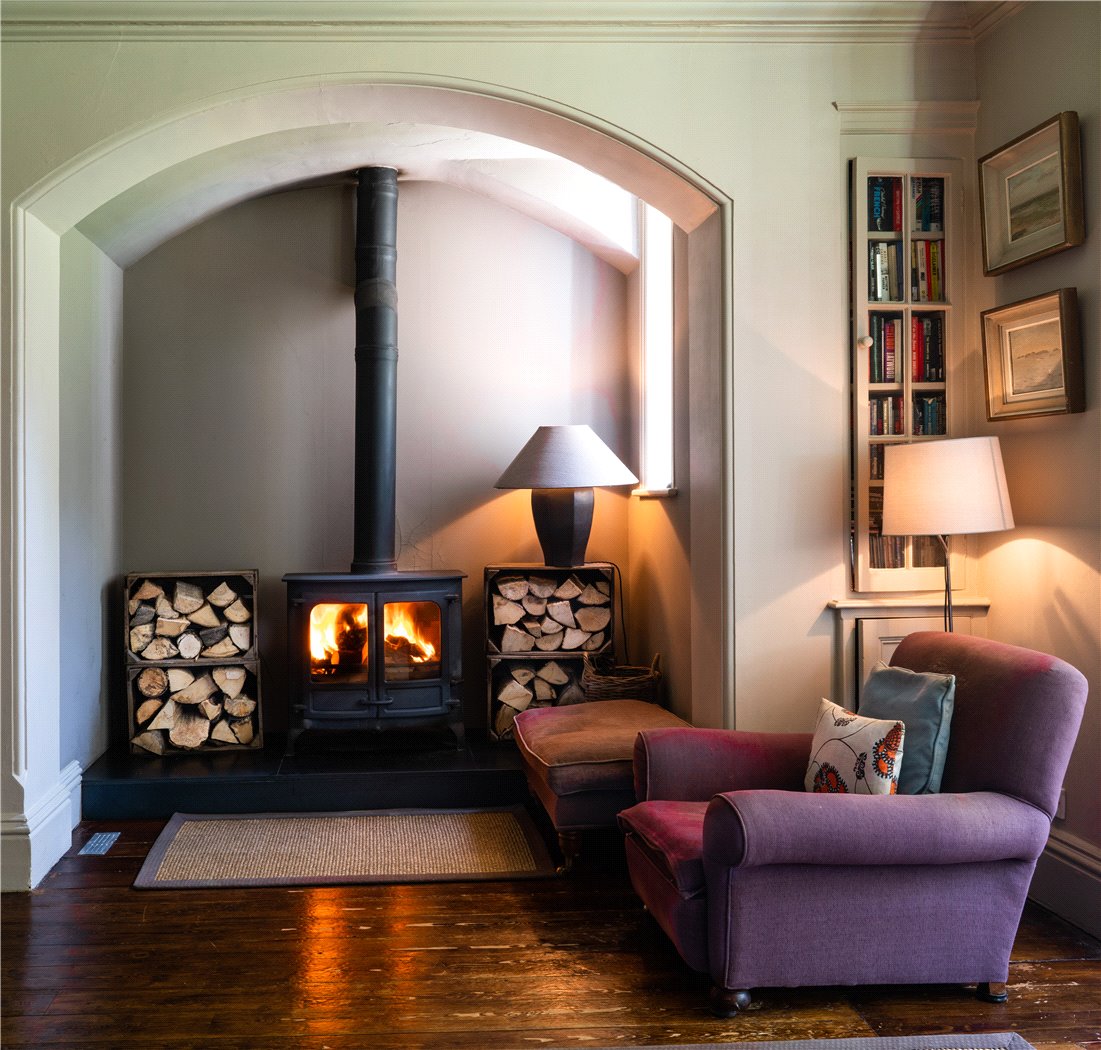 An article in the New York Times back in 2011 heralded the cooling of the American love affair with fireplaces. The American Lung Association warned that ‘particulate matter air pollution’—tiny particles that can cause inflammations¬–can cross into the bloodstream, triggering heart attacks and other nasties. Evidently, wood smoke contains some of the same particulates as cigarette smoke; in towns and cities across the States, wood-burning fireplaces were duly prohibited in all new construction.

Where America’s health and safety policy goes, the UK can sometimes follow and sure enough, last year, London’s mayor Sadiq Khan alarmed all the wood-burning stove owners of the capital by threatening to ban them—even those DEFRA-approved stoves that were understood to “burn cleanly”. Research from King’s College now says they are responsible for between a quarter and a third of all London’s deadliest fine particle pollution. The Mayor is proposing to create zero emissions zones where solid fuel burning will be banned completely from 2025.

The argument as to whether wood-burning stoves have a place in a 21st century city from a health perspective is clearly shaky. However, away from mains gas-supplied towns and villages, where air pollutants are less of a concern, country houses need an extra source of heat in the depths of winter. The role of fire as a source of heat goes further: from an aesthetic point of view, there’s no doubt that dancing flames—either in an open grate or behind a glass plate—is a sure-fire way of bringing atmosphere into a room.

Where open fires will always win out is the delicious aroma that permeates the house when one is lit. Aficionados can get quite obsessive about which wood cocktail results in the best results including apple, pear and cherry or, if you can get it, olive which has an excellent slow burn with a hint of the Mediterranean, apparently. It also acts as a magnet, drawing people into the room—especially on a cold winter’s day. However, as a method of heating, they are surprisingly inefficient. As the fire draws up the chimney, it tends to take most of the heat from the fire with it, some figures suggest as much as 80% disappears. Decorative firebacks can help to counter this to a small degree by emitting some of the heat back into the room.

The key difference between open fires and wood-burning stoves is that they deliver a constant source of radiant heat. With valves to regulate the amount of air circulating within the chamber, it’s also possible to regulate the heat as well as how fast the logs are burning—another advantage over an open fire. For houses with young children or pets, they also come with the comfort factor that they can be left to burn without constant supervision. While they don’t have the same atmospheric impact as an open fire, as they don’t require a surround, they can be fitted into more awkward spaces and corners (flues can be diverted at angles to reach the roof).

Whether going for an open fire or a wood-burning stove, a critical factor is to burn dry, well-seasoned hardwood with a moisture content of around 20% (and never more than 30%). The wetter the log, the less heat is generated. Wet wood doesn’t burn as cleanly either and can leave deposits in the flue which cause a fire risk.

This stunning Arts-and-Crafts house near Lewes has a stylish wood-burning stove in the sitting room: £1.85m 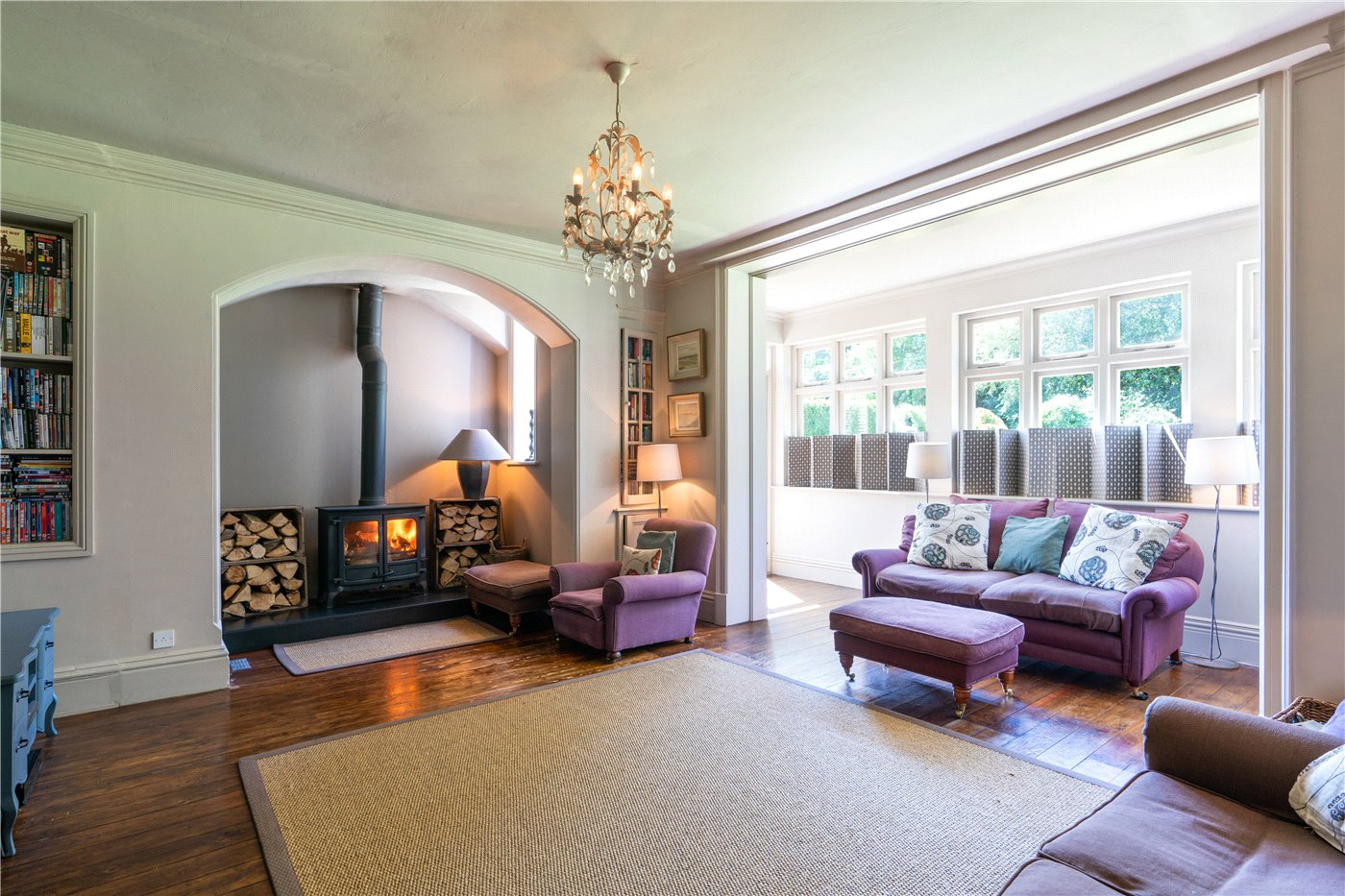 There’s an attractive open fireplace in the staircase hall of this four-bedroom house in Tilford near Farnham: £1.195m 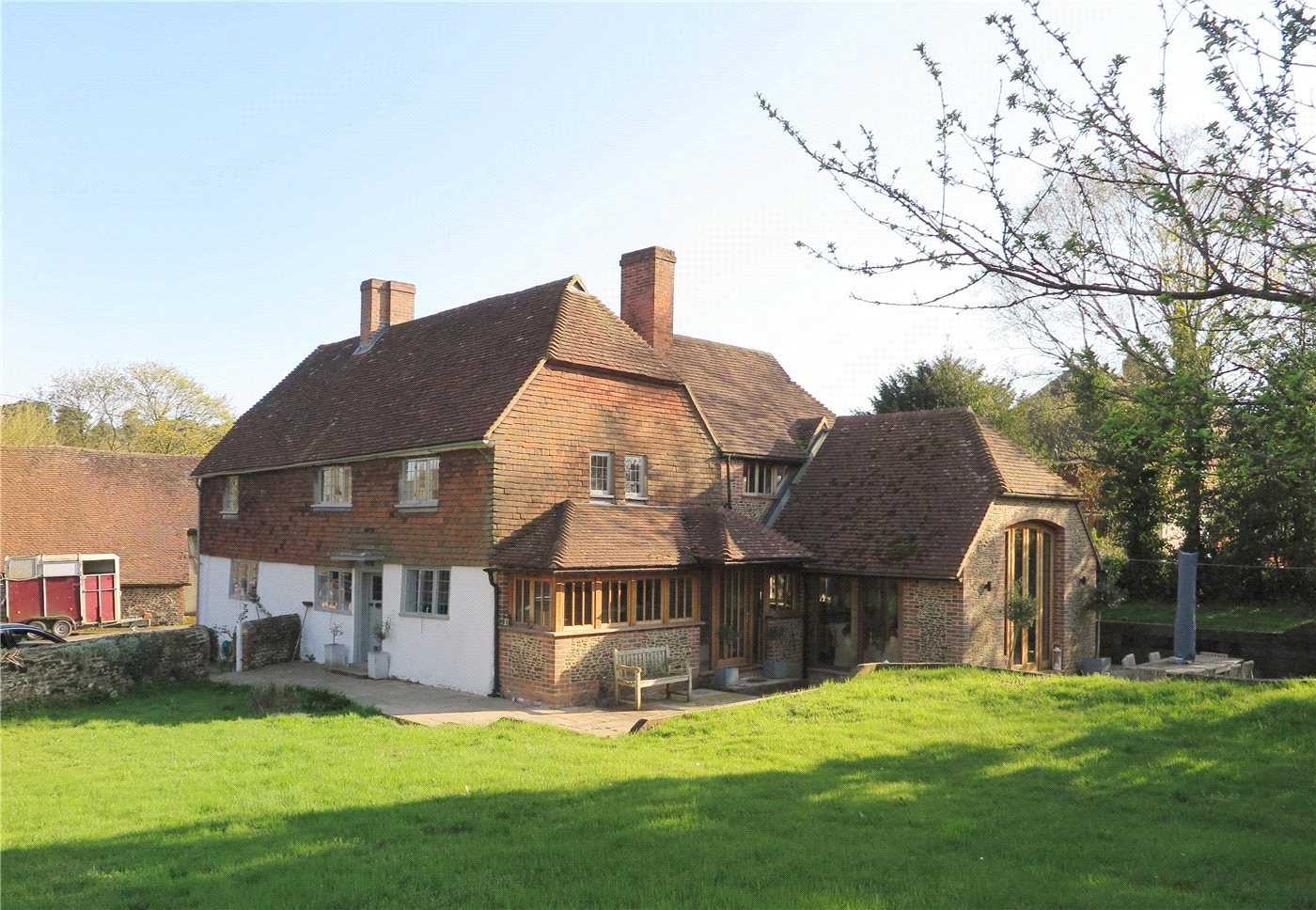 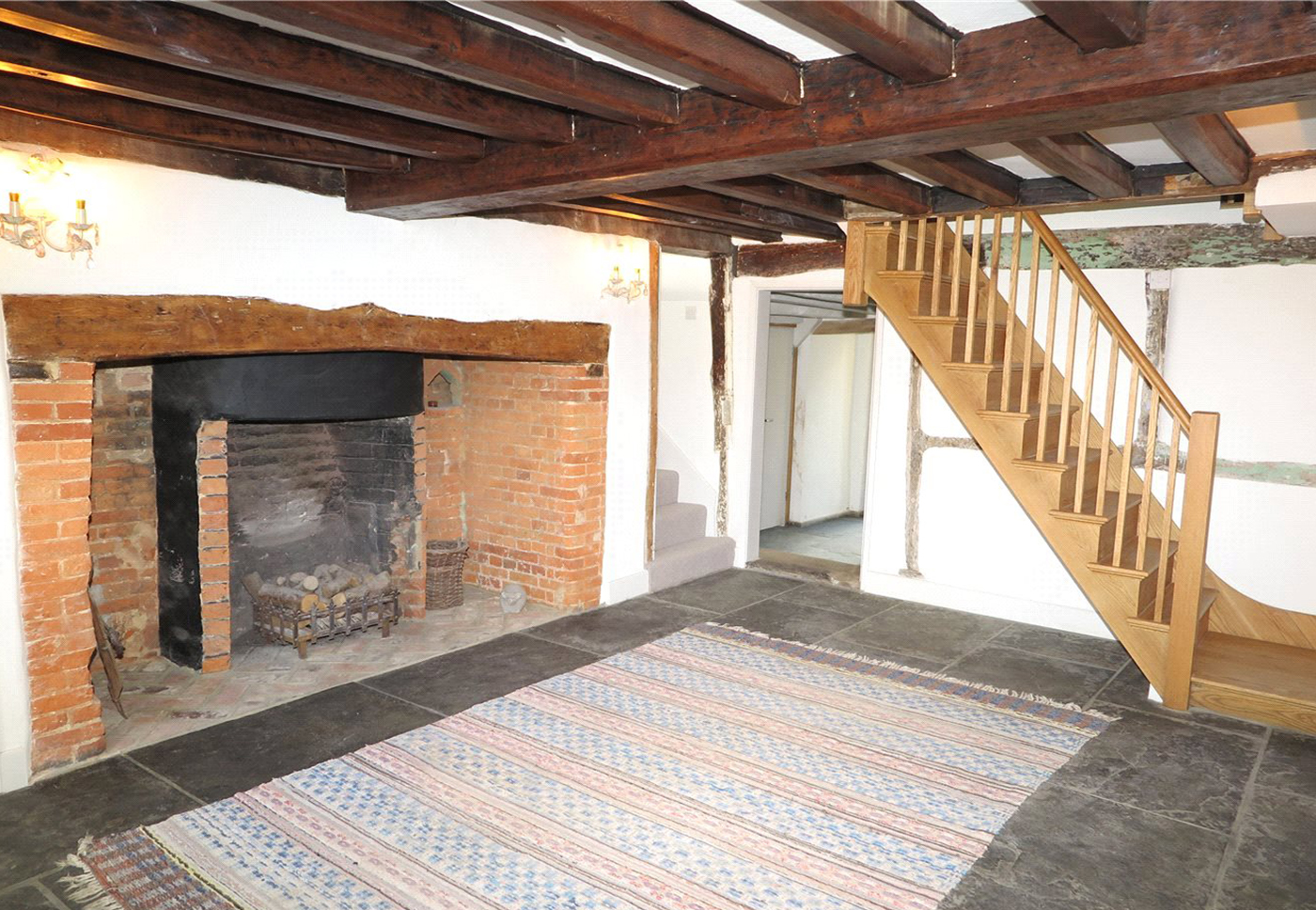 Warm up after a long walk next to the roaring open fire in the sitting room of this five-bedroom house in West Harting near Petersfield: £1.1m 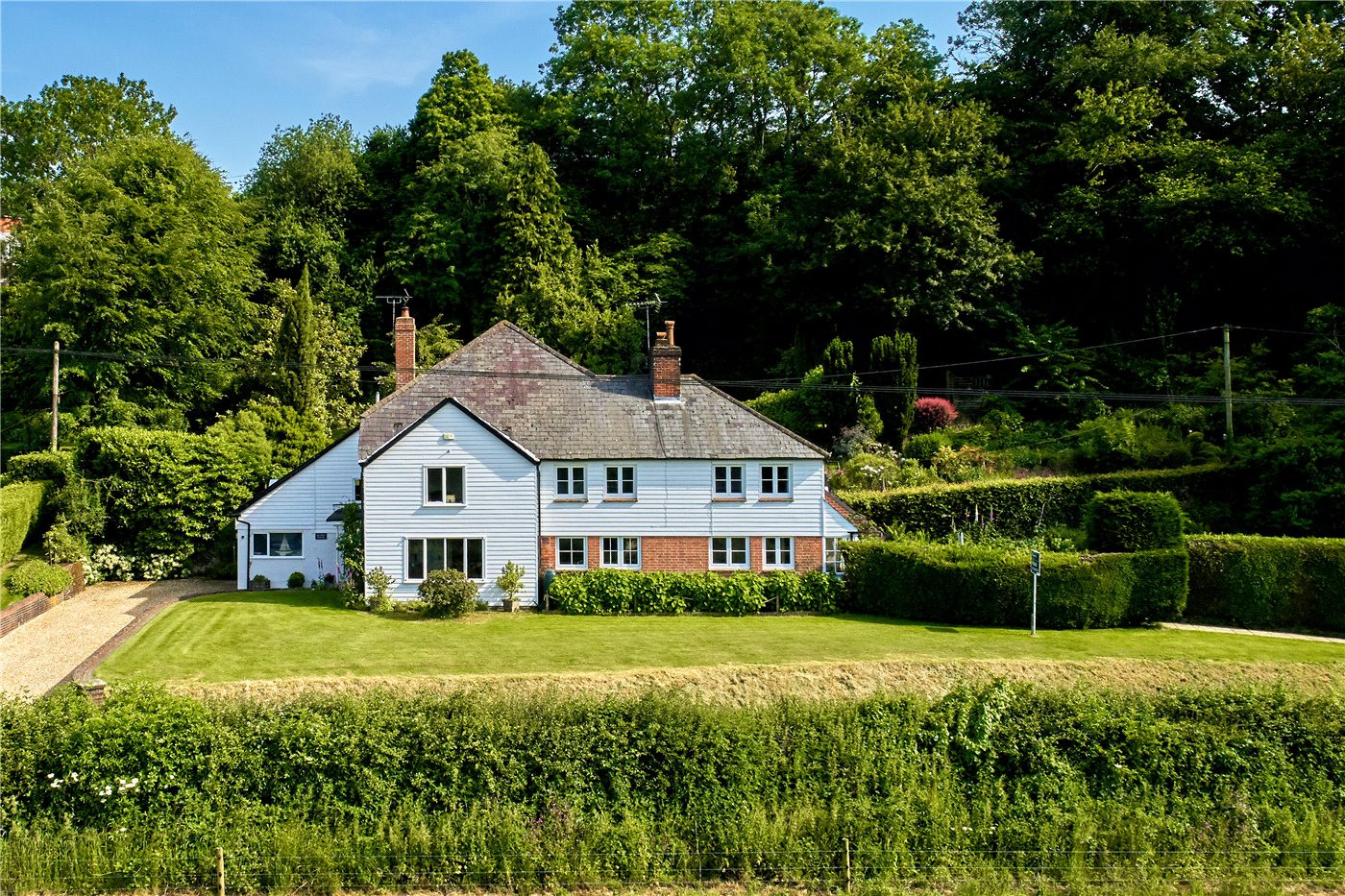 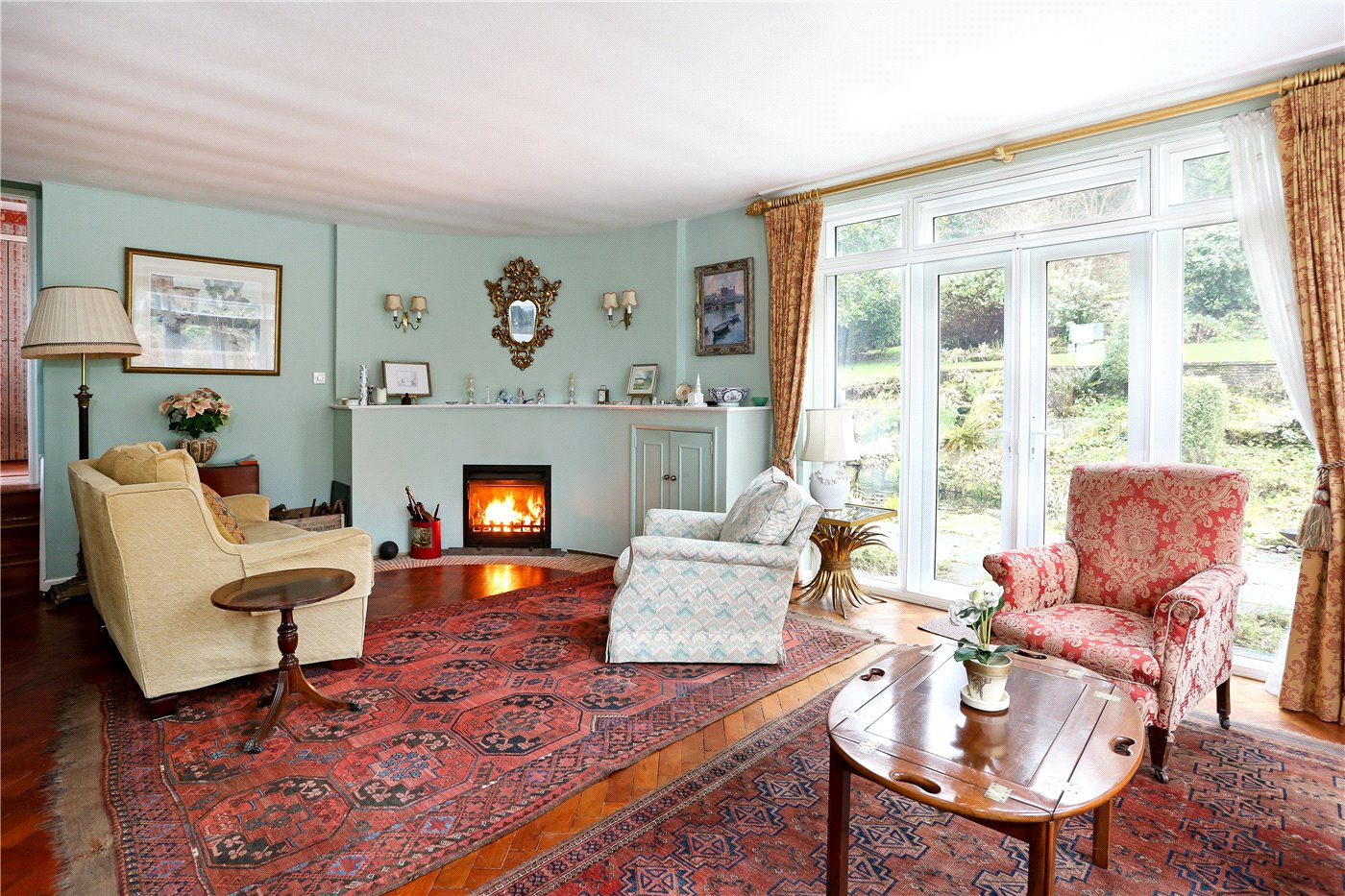 This detached character property in Colsterworth has two attractive wood-burning stoves; one in the sitting room and one in the garden room perfect for warm cosy evenings in the winter months: £285,000 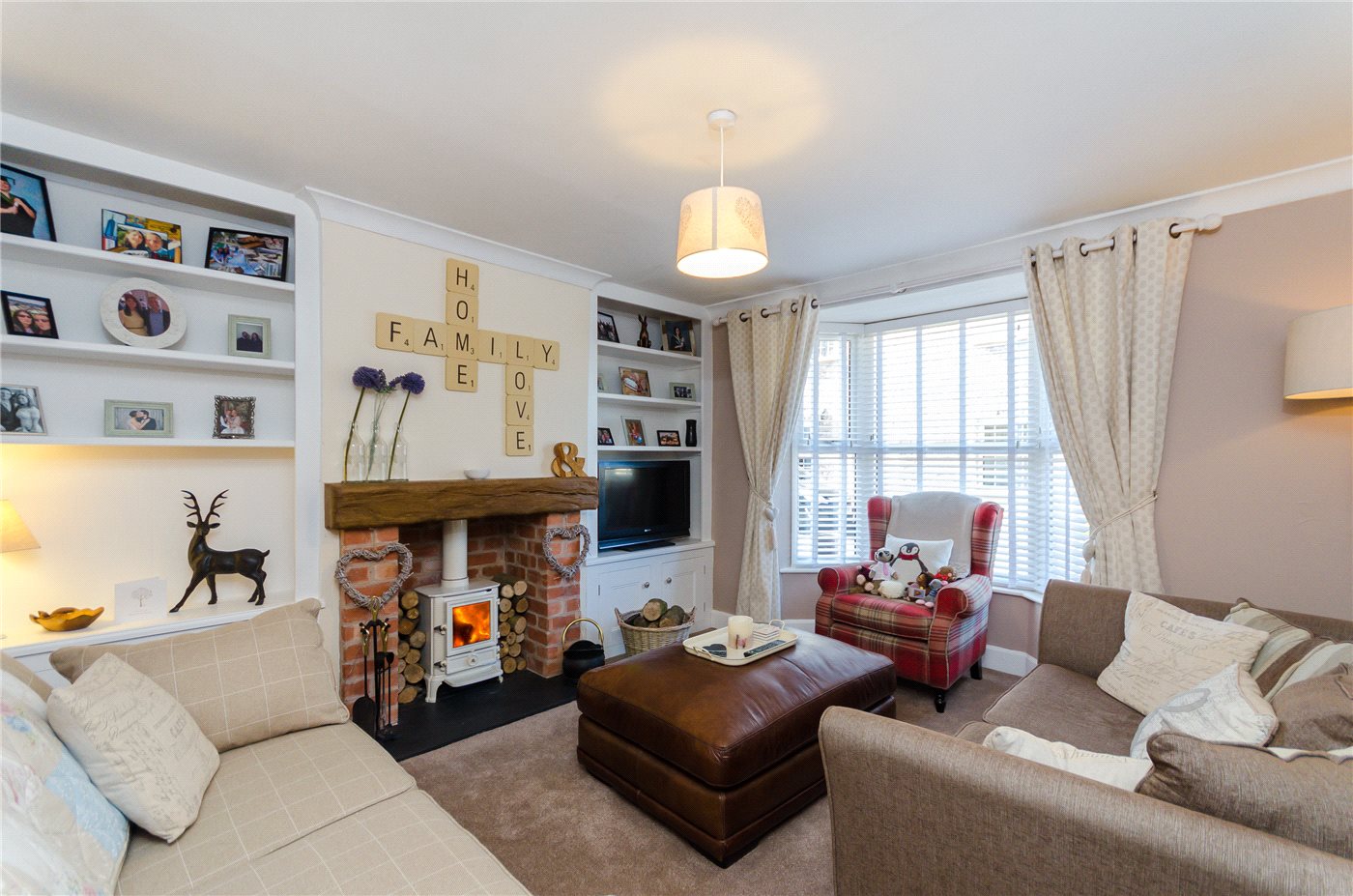 A feature wood-burner like the one in this lovingly restored Victorian period house in Worthing lends itself to taking the chill from an autumn day and providing warm and cosy winter evenings: £620,000 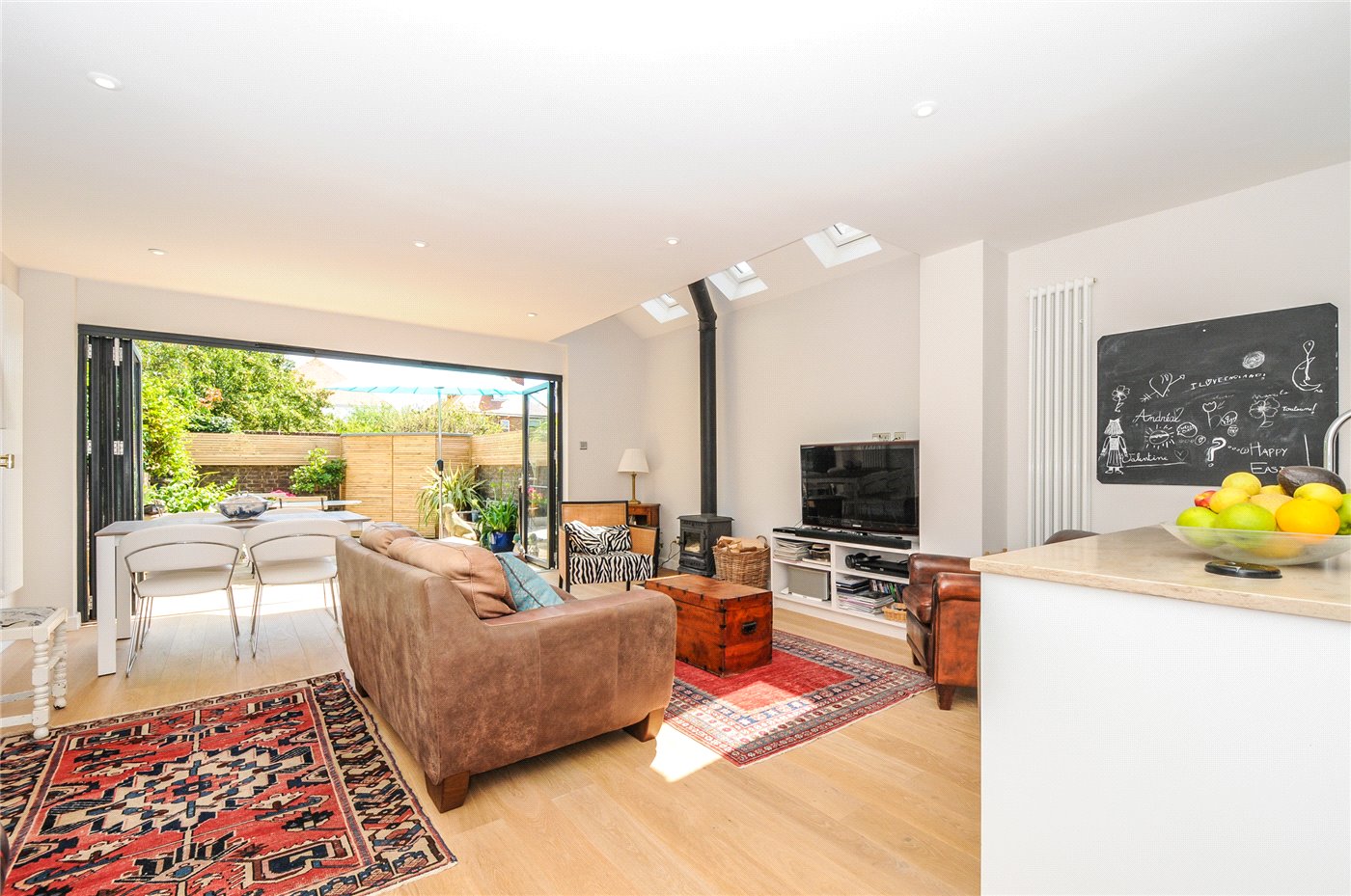 There’s both a contemporary wood-burning stove in the drawing room and an attractive inglenook fireplace with log burner in the dining room of this stunning Grade II Listed family home in Alciston: £1.05m 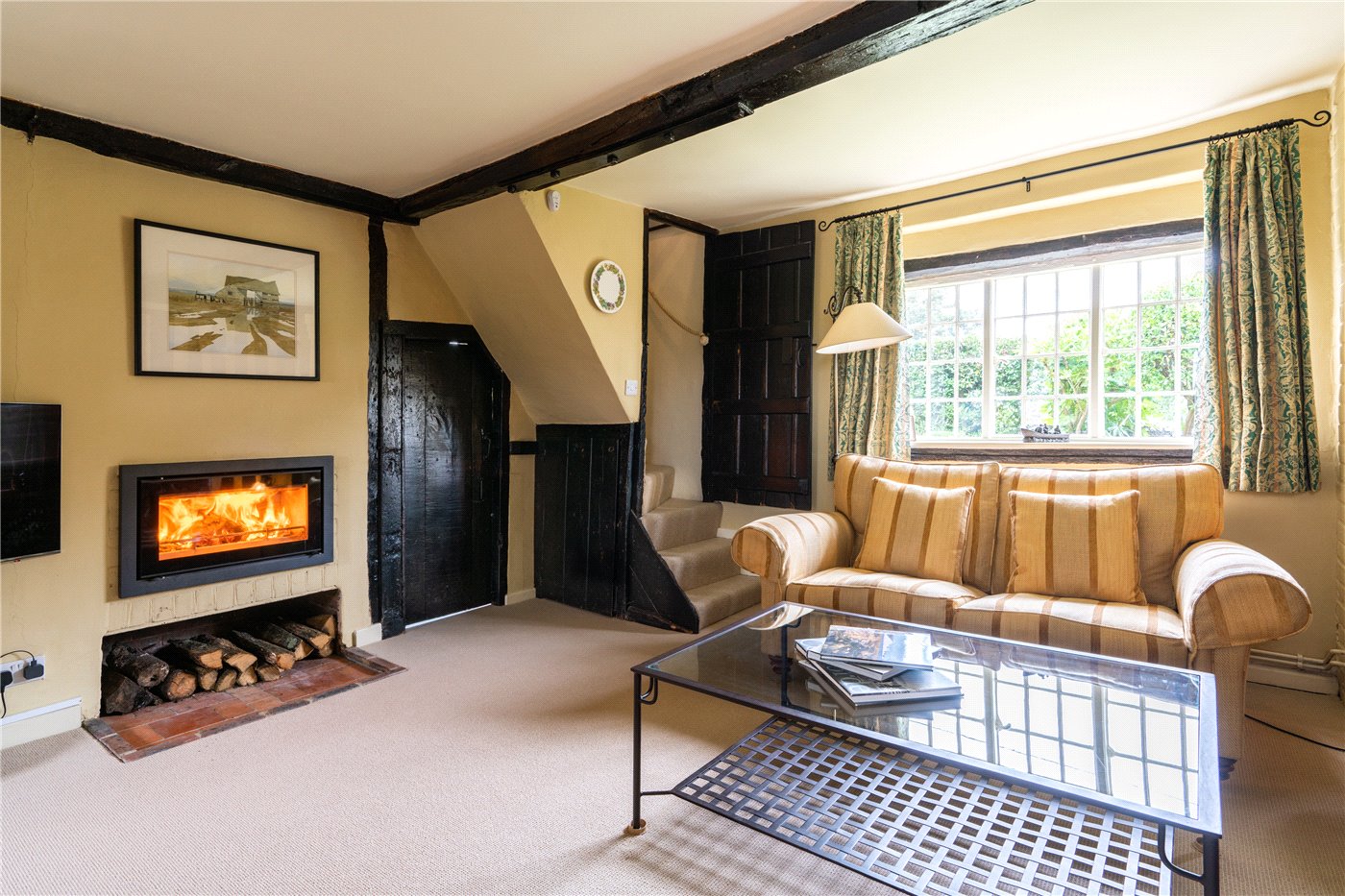 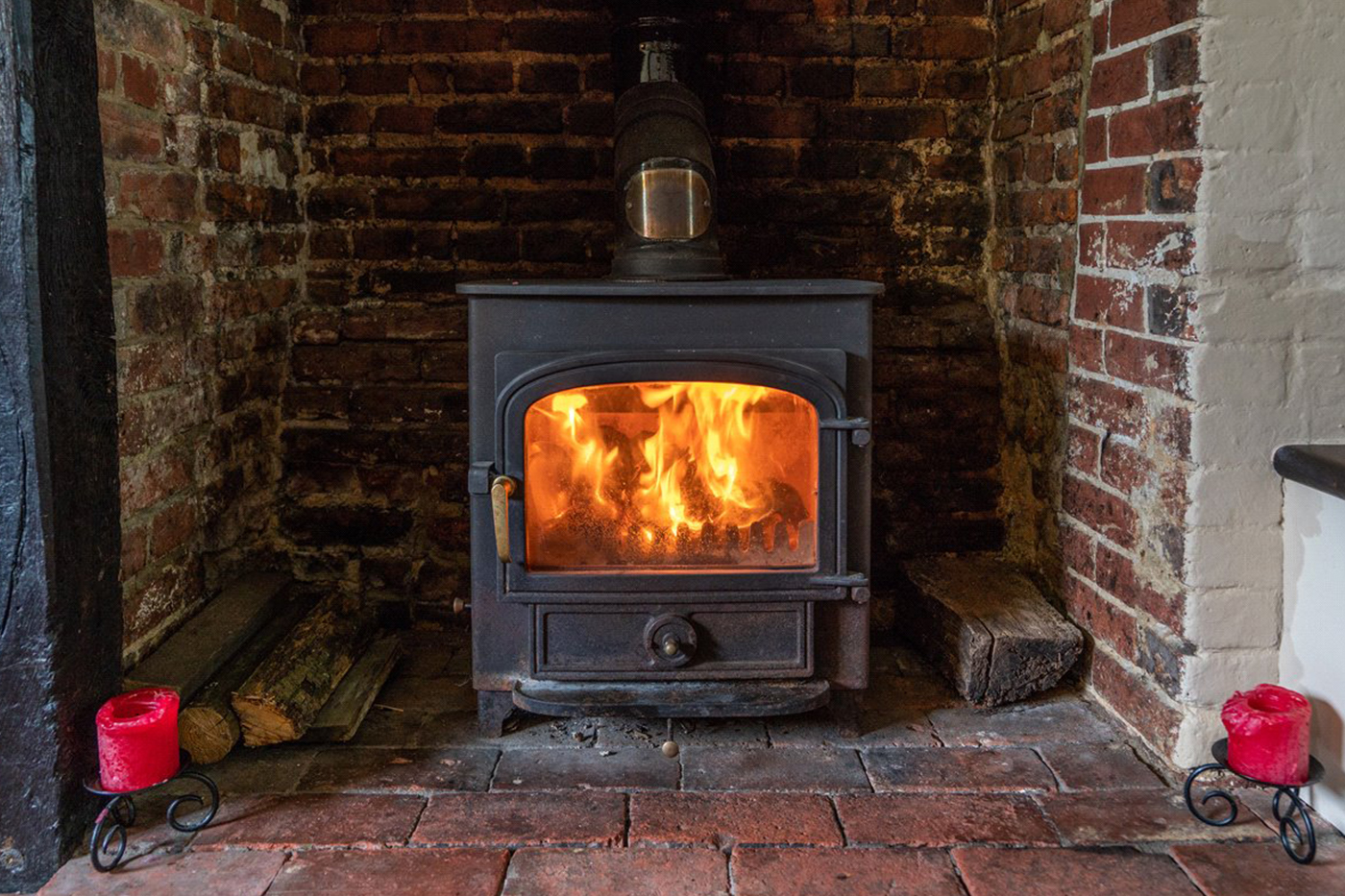