As the Wimbledon tournament kicks off, we’ve rounded-up some of Winkworth’s top homes near amazing UK tennis clubs. 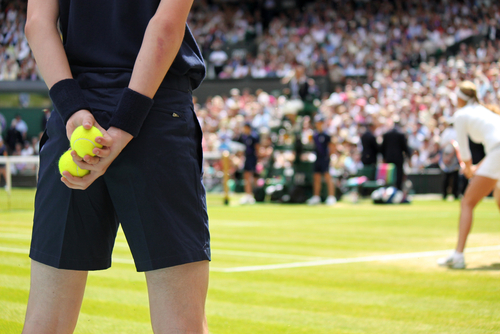 Murray’s recent win at Queen’s certainly riled the nation, and with the Wimbledon tournament starting it’s an exciting time for tennis. If you’re inspired to pick up a racket this summer, you might be interested in a gorgeous home near a court. Here we’ve rounded-up some of Winkworth’s loveliest properties located near the best UK tennis clubs.

The Queen’s Club in London’s West Kensington was established in 1886 and was the first multipurpose sports complex to be built in the world. Members of the club have the opportunity to play lawn tennis, real tennis and squash on some of the finest courts in the world. The club also hosts the Fever-Tree Championships, an annual event on the men’s professional ATP World Tour. The tournament attracts the world’s best and since 1979, many iconic champions have played the Tournament, including John McEnroe, Lleyton Hewitt, Rafael Nadal and Andy Murray. 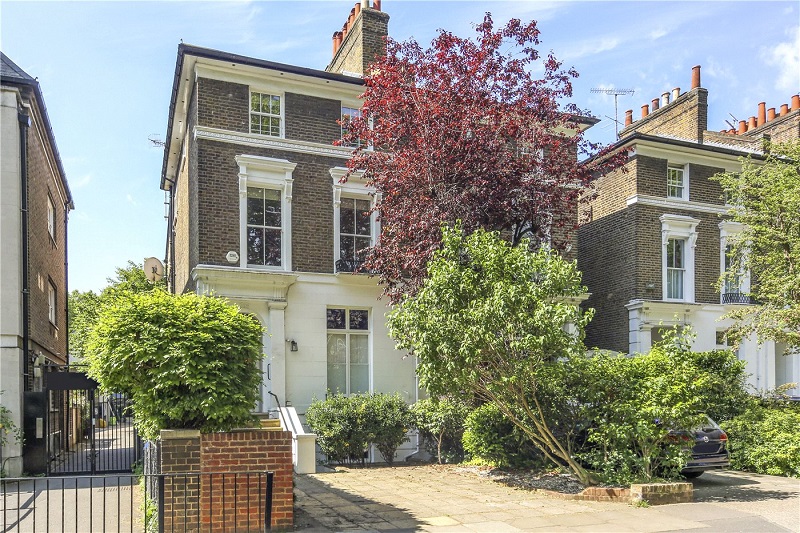 A ten minute stroll from the Queen’s Club, this five bedroom property is situated in the idyllic neighbourhood of Brook Green. The Victorian home is surrounded by several well-regarded schools in both the private and public sector.

Players such as Billie Jean King and Jimmy Connors have enjoyed using Holland Park Lawn Tennis Club for their pre-Wimbledon warm up. It was established around 1875, originally for the exclusive use of the residents of Holland Park as a private lawn tennis, cycling, croquet and pleasure ground. The club is now operated by a full-time manager and an elected committee, and has five floodlit artificial grass courts, as well as the original grass courts. 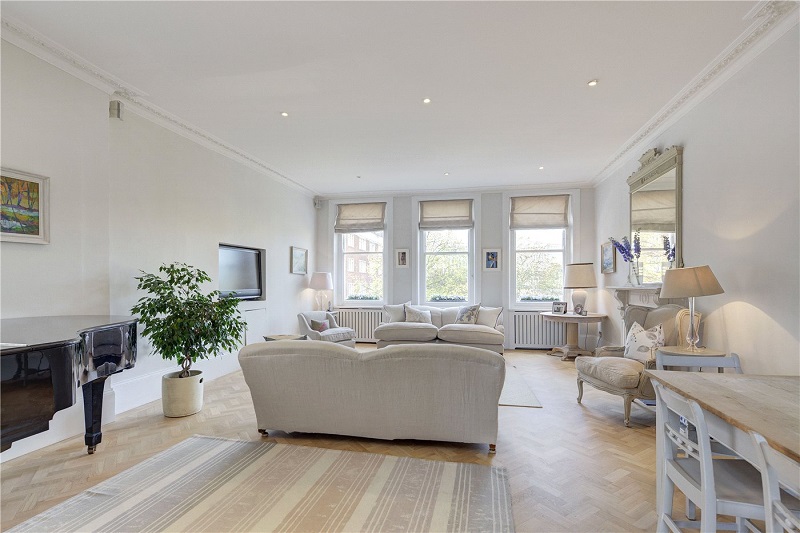 An impressive three bedroom upper maisonette situated on the second and third floors of a broad Victorian terraced house. Located close to the many amenities of Kensington High Street, and only a stone’s throw from Holland Park.

The All England Lawn Tennis Club

The All England Club is best known as the venue for the Wimbledon Championships, the only Grand Slam tennis event still held on grass. Initially an amateur event that occupied club members and their friends for a few days each summer, the championships have become far more prominent than the club itself. Players such as Serena Williams, Roger Federer and Boris Becker have all played centre court at Wimbledon. However, it still operates as a members' tennis club. 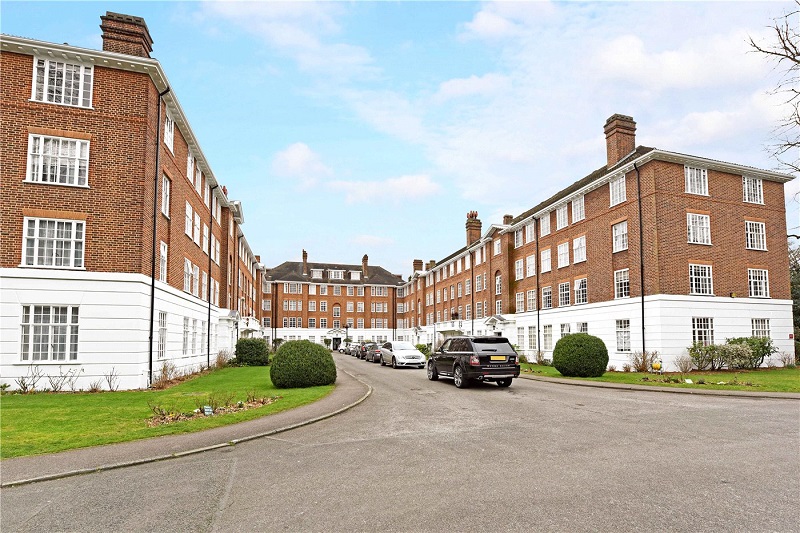 Maidstone Lawn Tennis Club encourages all to try their hand at the sport of the summer. This community club boasts newly refurbished floodlit courts, exclusive clubhouse facilities, local and county leagues, as well as social tennis sessions and an extensive coaching programme. 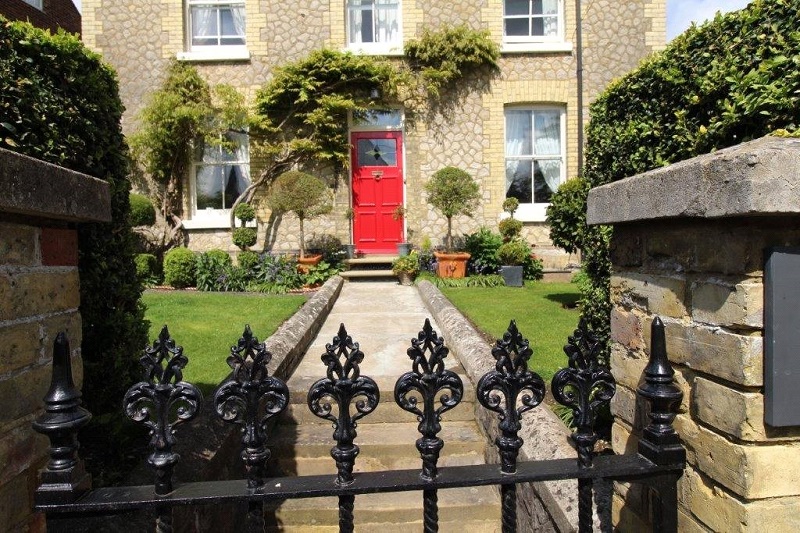 Only three miles from one of Kent’s finest tennis clubs, this charming property boasts three bedrooms, a two-room dry cellar and a large garden. The house which has seen routine upgrades has preserved its original period features and character.

Situated on Ketts Park, Wymondham Tennis Club offers a variety of tennis playing opportunities for all standards and ages of players. The club is ideally located within striking distance of the A11, making tennis accessible to the local community and beyond. The club is fitted with three all-weather, floodlit courts allowing members to play all year-round. 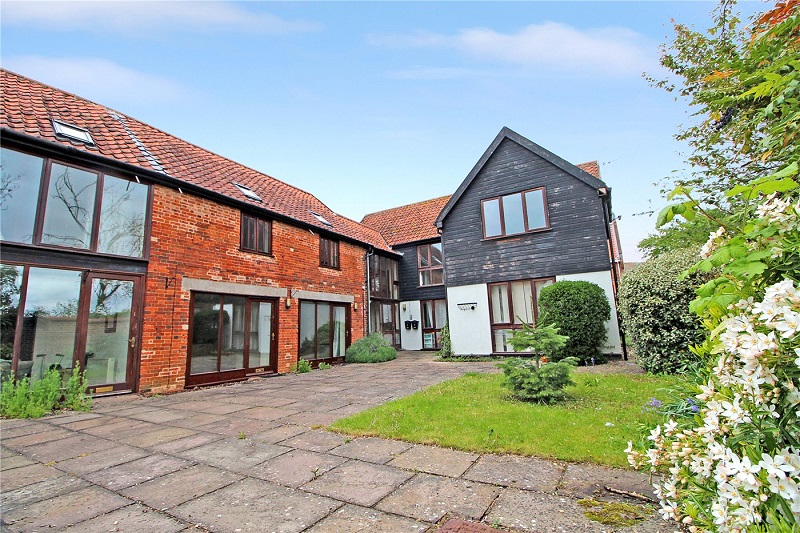 Set back from Middleton Street, Amari House is conveniently close to the town centre with its eclectic range of shops, bars and restaurants. The ground floor is open plan with a lounge area overlooking the communal gardens.

Voted the number one outdoor tennis resort in the UK, Foxhills Tennis club is the place to be. Hosting tennis stars such as Johanna Konta, Laura Robson and Timea Babos, this exclusive members club is recognised as one of Surrey’s leading clubs. Featuring eleven courts, five acrylic, three synthetic clay and three all-weather courts. 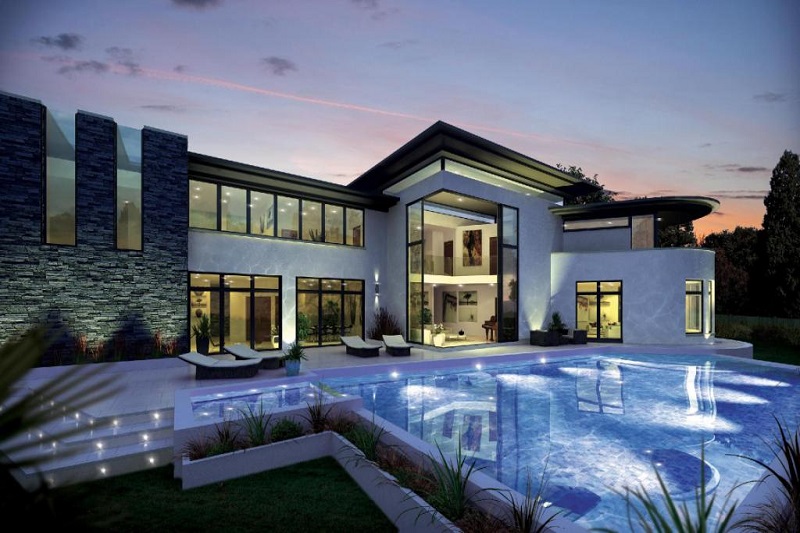 This new home of contemporary design utilises modern materials and innovations to enhance the living space and the way people interact within their home and outside space. Set on just over one acre in a prime location, this property is the perfect retreat.

Established in 1886, The West Worthing Club is a thriving, welcoming Community Amateur Sports Club that is a centre of excellence for tennis and squash. Founded with five-full sized courts, the club relocated to its present location at Titnore Lane in 1974. The club is now home to seven flood-lit, all-weather hard courts, three indoor courts and nine grass courts for tennis. During the summer grass mini courts open. 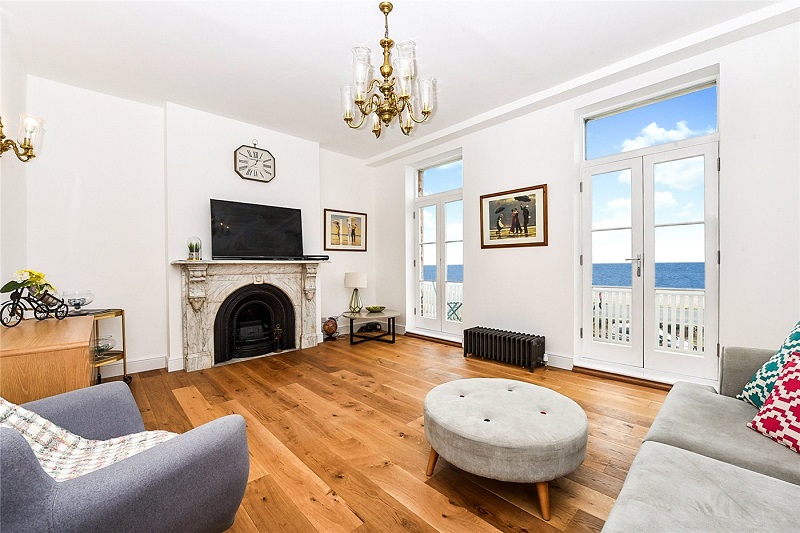 Get the best of both worlds, at this waterfront retreat less than five miles from Worthing’s top tennis club. Enjoy the enviable seaside view from this five-floor property which boasts a large master suite, contemporary bathrooms and a superb kitchen diner. 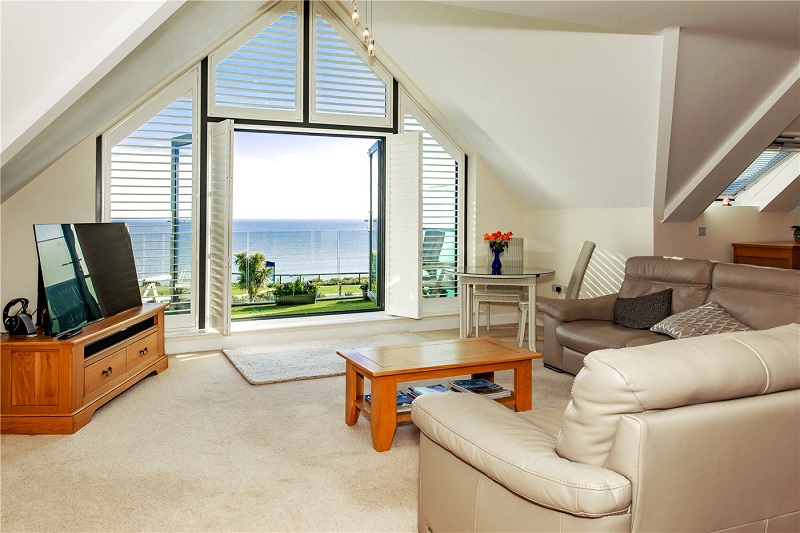 Nearby is this prestigious seafront development with outstanding sea views. The penthouse is the largest apartment in the block offering a spacious 2006 sq ft of accommodation with three double bedrooms. Double doors lead out onto the balcony, which has enough space to hold a small party to watch the sun go down.

Salisbury Tennis Club prides itself on being a friendly local tennis club, which welcomes people whether their interest is in social or competitive play, or both. Since its formation in 1961, the club has focused on building a strong relationship with the local community, raising funds for local schools and nominate charities each year. The clubs grounds, modern clubhouse and high-quality synthetic courts, have been attracting players for over 55 years. 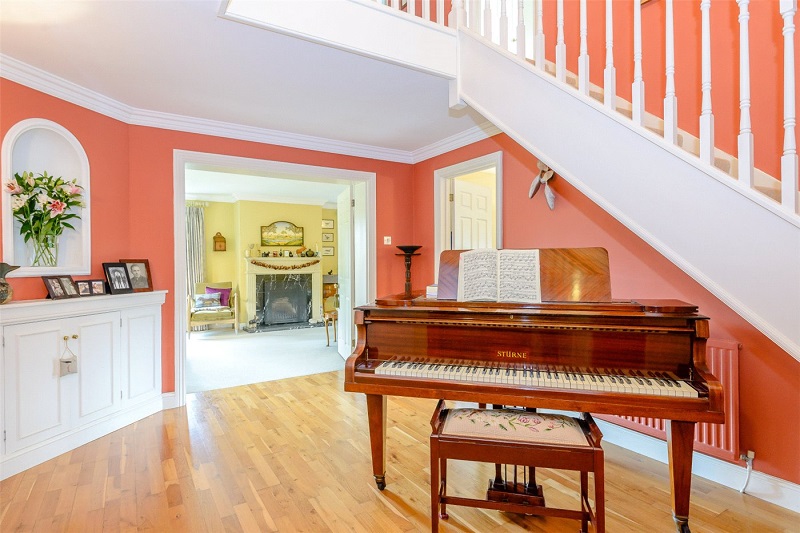 Situated in the pretty riverside village of Lower Woodford, this property is only a stone's throw from the historic Salisbury. The property features five spacious bedrooms, three bathrooms and a well-manicured garden.

The Landsdown Tennis, Squash and Croquet Club, opened in 1882 to only fifty members. The club's facilities grew so expansive that membership was opened to the public. Over 100 years on, the club now boasts some of the best facilities and playing opportunities in the South West. The clubs 11 tennis courts, four artificial clay, three astroturf and four hard courts are floodlit providing year-round play for members. 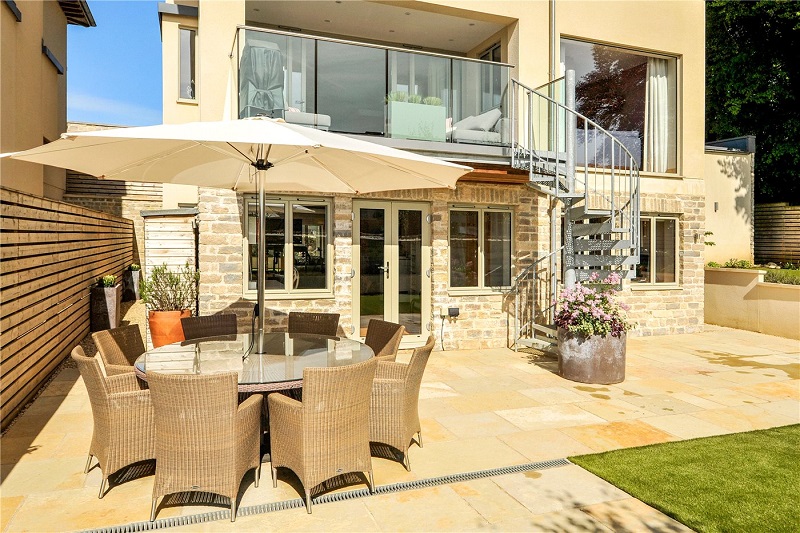 Milbury house is a contemporary detached house situated in the Lansdown area of Bath. Two miles from the city centre of Bath, local schools and the Landsdown Tennis, Squash and Croquet Club are closely located.

The first outdoor tennis club in the country to have installed PlaySight, a smart system of cameras to track and record every stroke played on court, Caversham Lawn Tennis Club is serious about tennis. The game recordings can settle contentious line-calls and measure the speed of the ball, but more importantly, allows players to review footage of their game and to analyse their strengths and weaknesses. The club is home to nine courts, two of which are covered an air dome-hall in winter, giving members guaranteed play, no matter the weather. 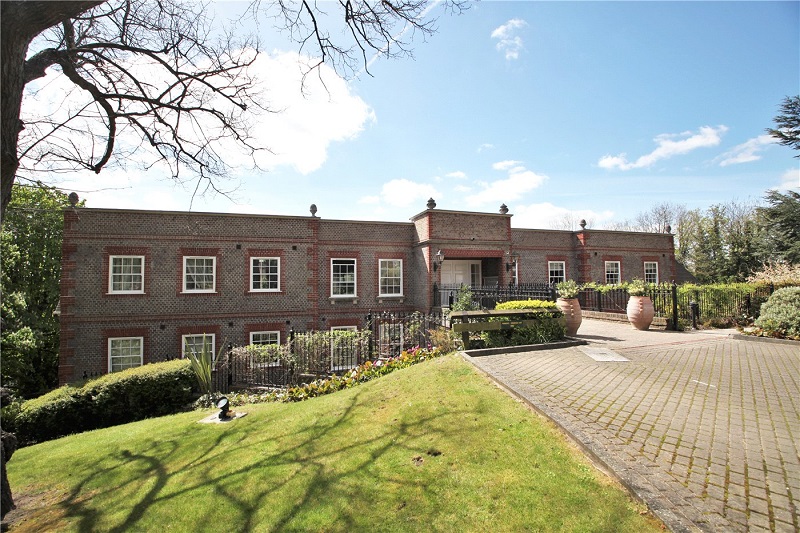 Serious about tennis yourself? Live nearby in this two bedroom flat which sits in an elevated position with views of the parish church of St Peters Hill. Located under 30 minutes from London this green property is also perfect for commuters.

The Bourne Club is a members’ owned racquets club that provides an active social calendar for its members. Located just outside the historical market town of Farnham the club occupies a prime location in the heart of the Bourne district where it has been providing racquets facilities since the 1920s. It has a wide range of facilities for families and members including a large clubroom with a bar and catering facilities and a large screen television for major sporting and social events, encouraging members to ‘play and stay’. There are five outdoor courts and one indoor court, as well as a winter ‘bubbled’ for two of the outdoor courts. 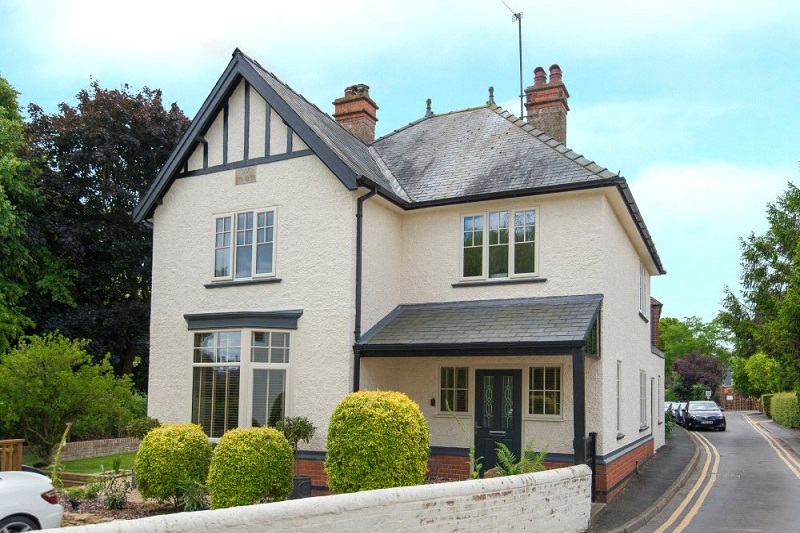 This property has been completely renovated to an exceptional standard but still retains all its character and charm, including fireplaces and original doors. Situated in the family neighbourhood of Bourne, the large backy garden will entice families with children of all ages – perhaps to even play your own spot of tennis in!

Looking to buy, sell, rent or let in any of these areas? Get in touch.