Over the last 10 years we have seen a number of factors influence the UK property market, we take a look at the effect this has had on the current climate 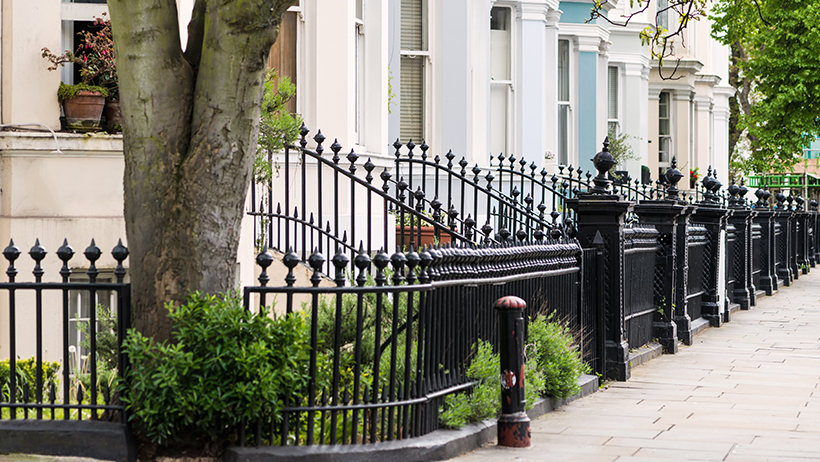 Since the start of the decade, and before the infamous 2008 financial crisis, when house prices fell across the UK by an average of 16%, the UK property market had been relatively stable. During this period, there was a comfortable seasonality and predictability to the buying and selling of houses. Yet, over the last ten years we have seen an unprecedented number of factors influence and affect the UK housing market. While interest rates remained below 1% for almost a decade, there was also an influx of foreign purchasers in the capital due to the fall in sterling, three major changes to Stamp Duty Land Tax (SDLT) and, of course, Brexit. We take a closer look at how these factors have resulted in our current housing climate.

When the pound dropped to its lowest value in forty-one years in October 2008, London quickly became very attractive for international property investors. Large portfolios were acquired fast, with new build developments often being sold entirely off-plan to international purchasers throughout 2009/2010. An influx of international investment impacted on the domestic market and led to a further shortage of stock, fuelled in part by the Arab Spring financial crisis with individuals needing to move their money quickly. In the last ten years we have seen three elections and this has affected seasonality and activity, although not pricing. Faced with political uncertainty, an inevitable caution spreads over the market and everything tends to slow down until the results are known.

In 2008, interest rates were 5.5% but subsequently remained at an unprecedented low of under 1%. Borrowing has been, and remains, cheap and so mortgages have been very affordable, if they can be obtained. With low interest rates, those with excess cash looking for a return on investment purchased buy-to-let properties, adding to the shortage of stock available.

However, SDLT increases and changes to tax on income from investment properties have impacted this market in the last few years. Charles Peerless, who has been Director of Winkworth West End, Clerkenwell & City and Paddington & Bayswater for twenty-five years comments; “We have seen an increase in British buy-to-let landlords selling their properties, particularly accidental and non-professional landlords. Changes to taxable income and the additional 3% stamp duty on second homes are reducing the number of enquiries for buy-to-let properties. Landlords are now paying tax on their entire rental income, where previously this could be offset. Net yields have suffered as a result of the changes, and net yields matter to those with investment properties.”

Transaction levels in London are the lowest recorded by the Land Registry in thirty years, which is mainly due to the increases in SDLT. Charles states; “Those with property under £935,000 are marginally better off under the recent SDLT changes, however, those whose properties are worth more than this are suffering. Changes to Stamp Duty have made the London market slower; the cost of moving is now considerably more expensive than it was, and there is additional tax to pay on money that has already been taxed. We are selling everything that we get under £2,000,000, however transactions are now taking twice as long to complete as they did a few years ago. 65% of our purchasers are still international.”

The impact of Brexit on the market, and the uncertainty surrounding it, has been considerable. Prices have adjusted by 15% since 2014. Properties are now taking far longer to complete and many purchases fell through when the results were announced. Charles believes that it is not affecting all transactions; “If a person is needing to buy, irrespective of climate, they will. Brexit will, of course, have consequences, but individuals have their own agendas. We have found we are selling almost all properties we take on when they have been valued using recent comparable evidence. Too often we take on properties where another agent has overvalued to gain the instruction.”

It certainly will be fascinating to see what takes place in the property market during the next decade. What the last ten years has shown us is that almost anything can happen – and as Brexit continues to rumble on, and the UK’s unprecedented departure from the EU is set to take place in 2019, it will surely be interesting to watch as events unfold.