Parents looking to get their child into a desired school is a particularly strong reason for London families choosing to make the move out of the capital. 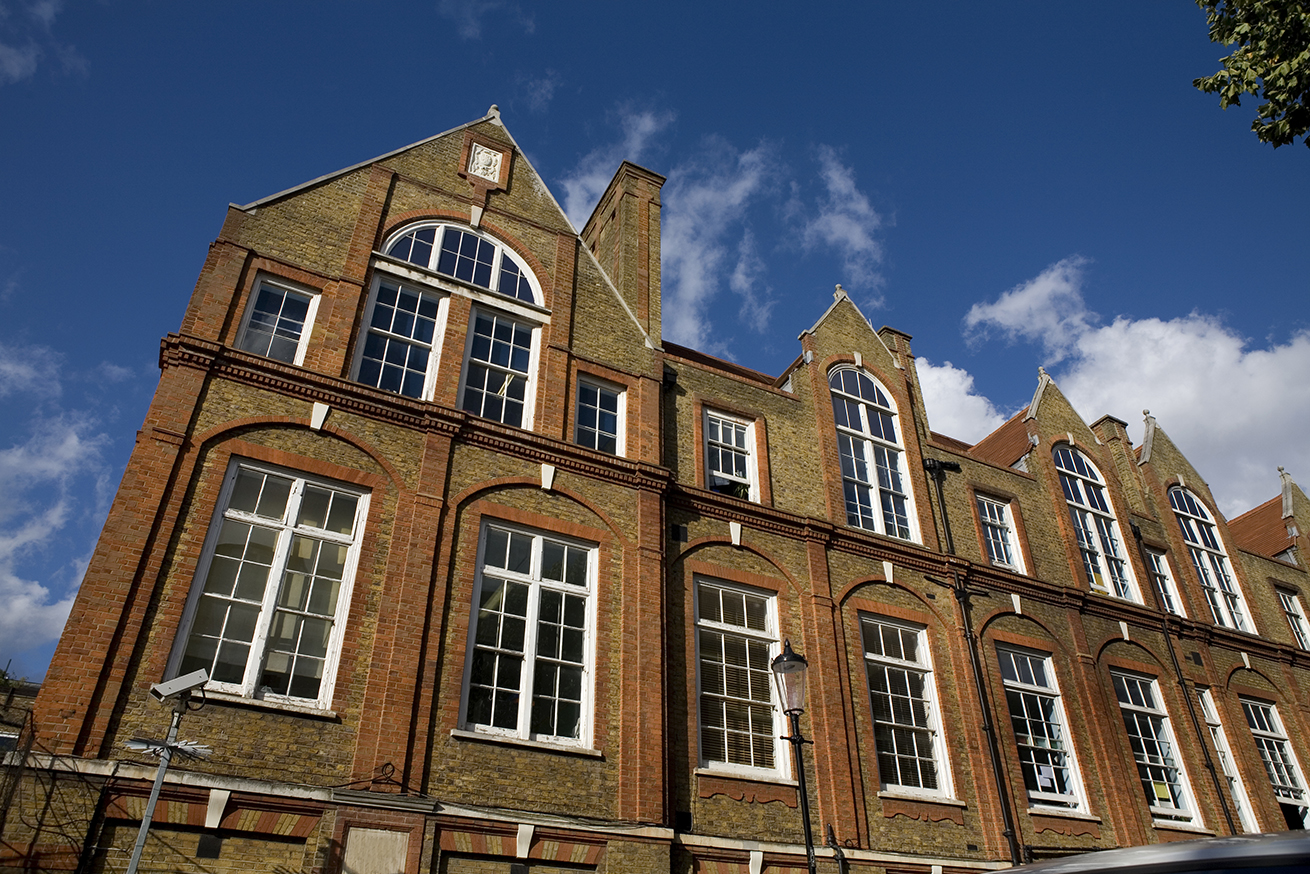 When the economy wobbles or confidence is dealt a blow there have always been the “three Ds” that will keep the housing market in motion: death, debt and divorce. But Simon Jacobs of Winkworth’s office in Devizes argues that there should be a fourth driver added to that list: school movers. “It’s just a shame it doesn’t begin with a ‘d’ otherwise, without a doubt, it’d always be included,” he adds.

Getting the education right for a child is one of the single greatest challenges facing parents these days and many will make tremendous sacrifices along the way to ensure they make the correct decision. A Santander Mortgages report recently found that three in 10 people with children aged four and over were considering moving in the next two years to live within their preferred school’s catchment area.

Various reports have analysed the effect that a popular school—often those rated ‘outstanding’ by the schools’ inspectorate Ofsted–has on values of houses within their catchment areas. The results suggest that parents can pay as much as a premium of 20 per cent over local averages, equivalent to over £70,000, in some parts of London.

For many families, this will prompt a move out of the capital. Data released in June this year from the ONS revealed that highest migration among the population of under-5s in the UK took place in London last year: 56,300 children in the capital moved to a different district while 26,300 of them moved out of London entirely. This rate of migration suggests one in five London children move out of the capital by their fifth birthday.

According to agents, a typical request of a London family moving to classic commuterbelt country hubs—for example the villages around Basingstoke, Beaconsfield, Weybridge, and Reading — will be to find a house that lies within 15 minutes’ drive of the schools and 15 minutes’ drive of the station. Beaconsfield proves particularly attractive to parents looking to take advantage of the well-regarded grammar schools in Buckinghamshire.

Tom Lepsky, who heads up Winkworth Weybridge, estimates that more than 50% of applicants on his books are interested in buying in his patch because of the excellent choice of local schools. “The interest comes from the local area as well as further afield. The reason is that Weybridge is blessed with a fantastic choice of state and private schools. There is a particular hotspot in an around the [‘outstanding’ rated] Cleves School in Oatlands Avenue. We regularly have a number of clients interested/ in buying and renting properties within the catchment area for that school.”

With the rise of flexible working and less pressure on being in London five days a week, parents will often cast their search net further afield from the Home Counties commuter towns. The area around Devizes in Wiltshire is similarly well-served for private and state schools with the likes of St John’s in Marlborough, a very successful state secondary school, Devizes School, Lavington, and the private options including Marlborough College, St Mary’s Calne and the day- and boarding-school Dauntsey’s in West Lavington. “Dauntsey’s in particular is a big driver for our immediate market,” explains Simon. “Unusually for a co-ed school, it takes children at 11 so we often find that London-based families who don’t like the look of the pressurised environment of London senior schools—or the cramming that is often involved to get the child into the top-rated ones—will move out at this time. You can trade in a London house, buy something lovely here for much less money and use the money saved to put children through private school.”

Typically, parents will start registering interest in August and September to be in the new house for the start of the following academic year. “Many of the private schools host their open days in September and October for that reason,” explains Simon. Parents moving to get their child into the right state secondary school need to be faster on their feet: applications for next September need to be in by October 31.

Houses for sale near good schools 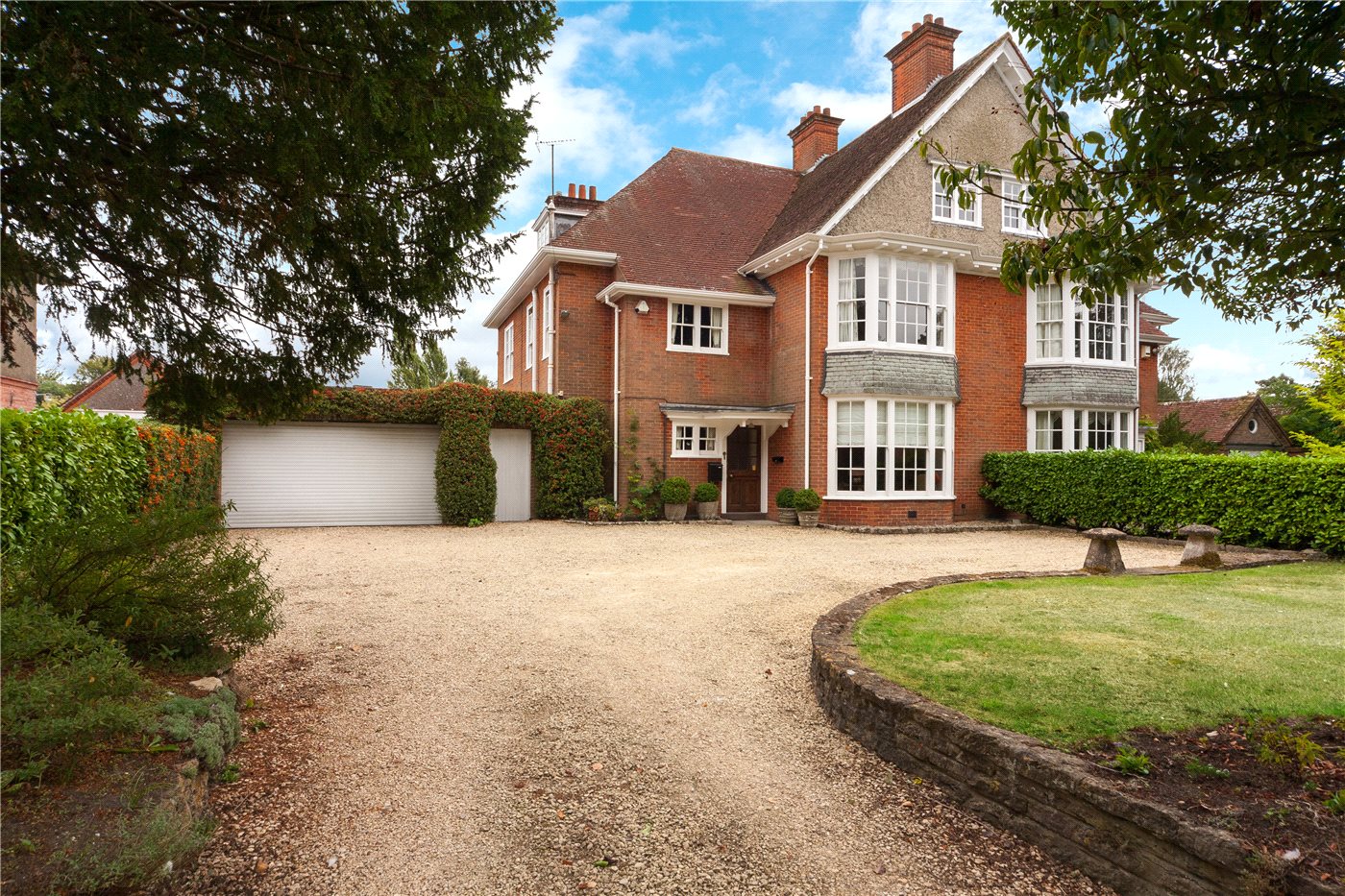 For Calcot Junior School near Reading: 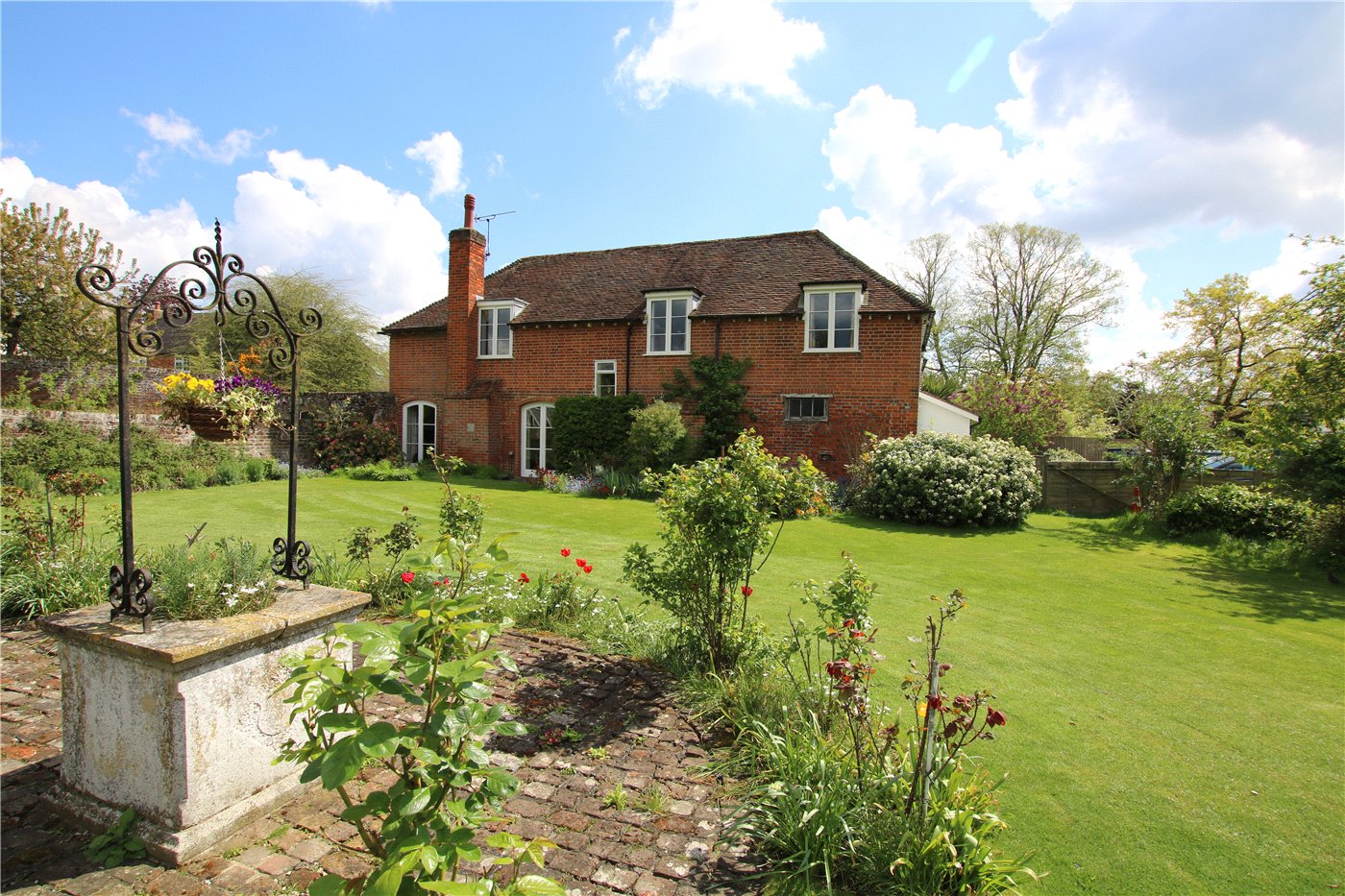 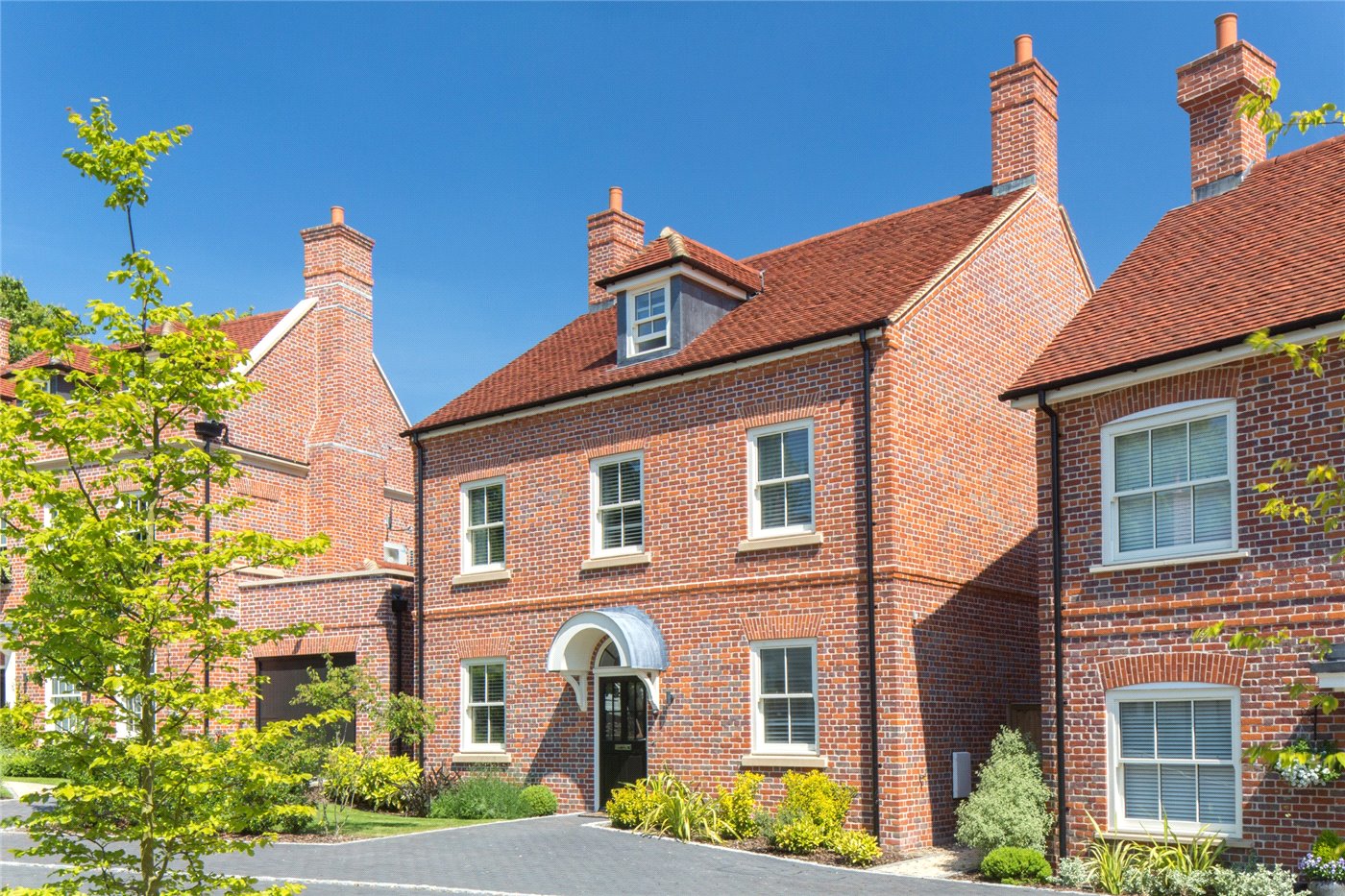 For a commute from Overton station: 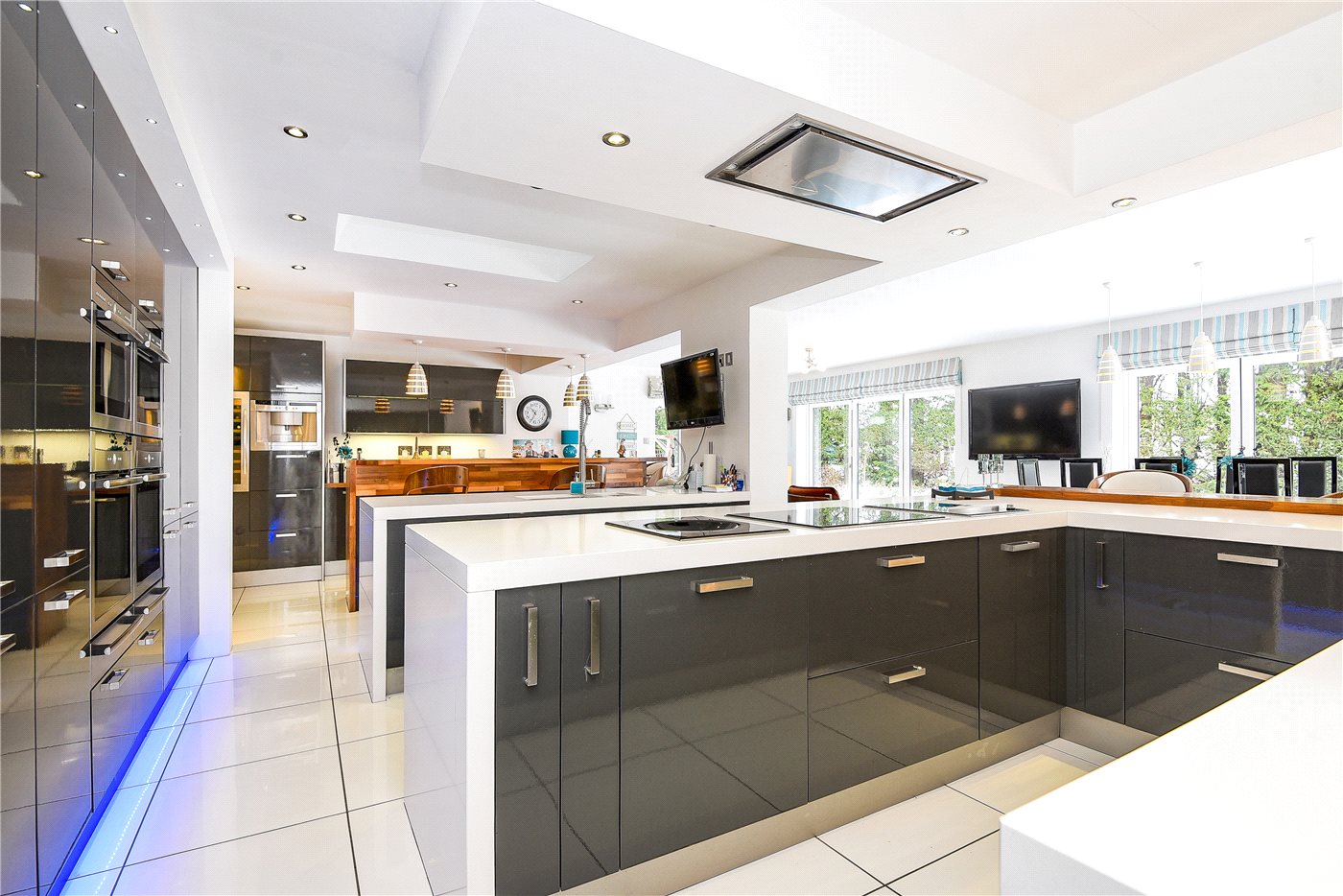 For Cleve School in Weybridge: 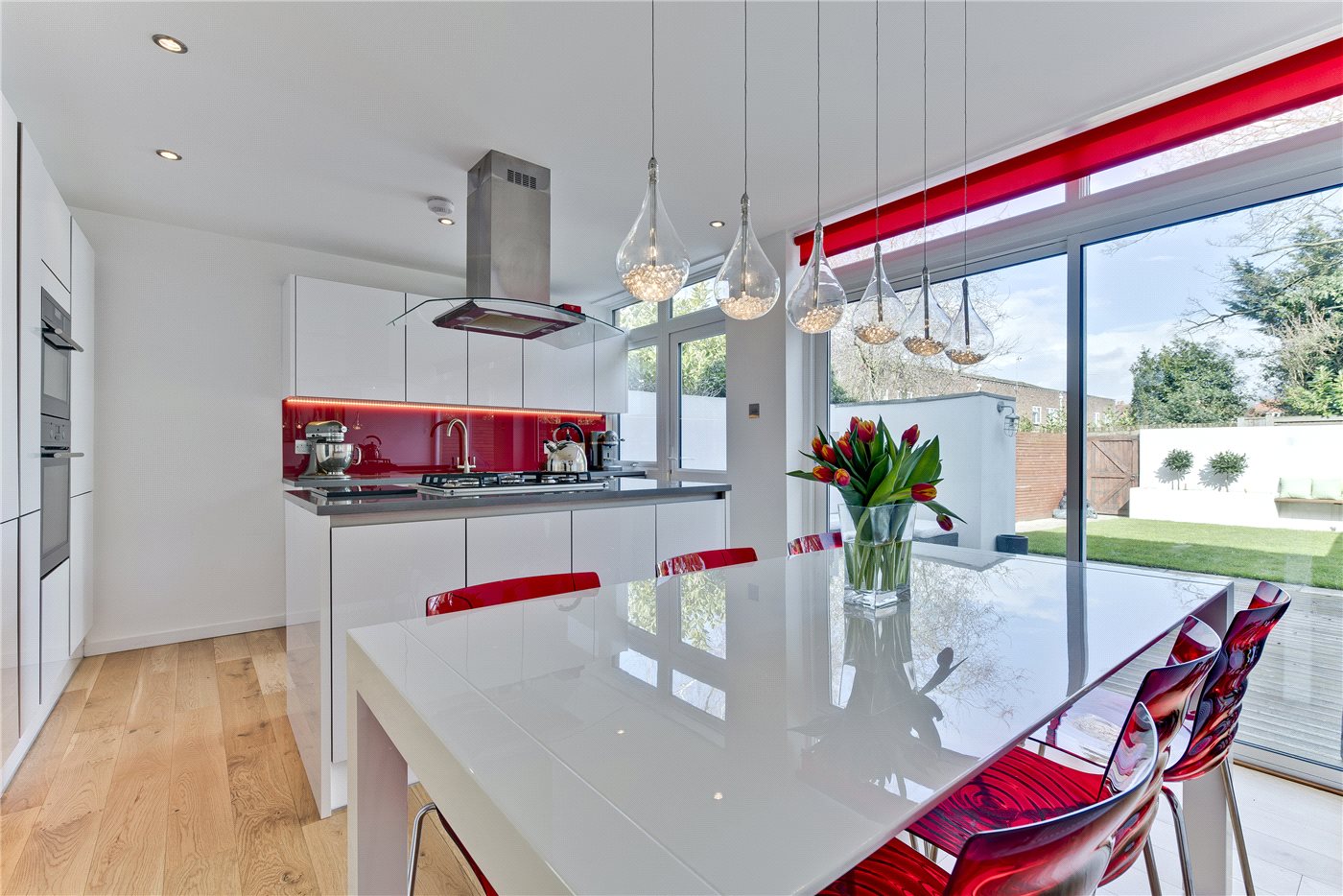 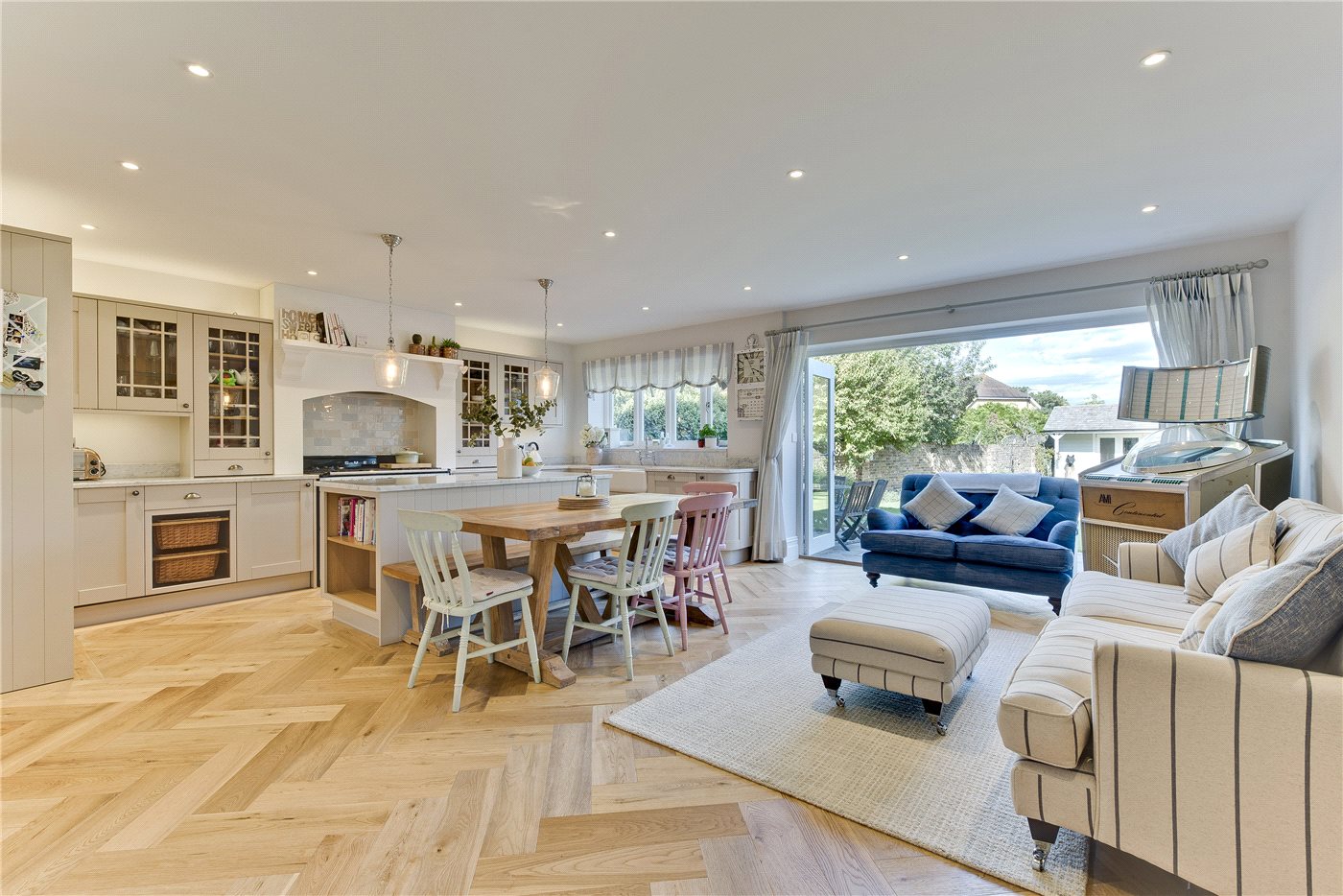