Coastal living has long appealed to a mixture of buyers. Those escaping the hustle and bustle of city life, downsizers wanting to be closer to their children and parents with young families looking for more space, all have been drawn to the coast." />

Coastal living has long appealed to a mixture of buyers. Those escaping the hustle and bustle of city life, downsizers wanting to be closer to their children and parents with young families looking for more space, all have been drawn to the coast. 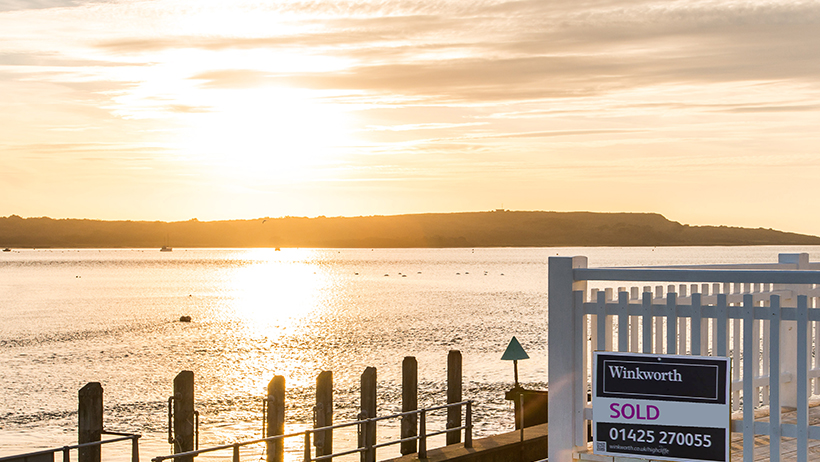 Property price growth in certain areas certainly seems to indicate the appeal of coastal living. Simon Barnes, Director of Winkworth Highcliffe comments, “We are experiencing a settled, balanced market with steady growth in Christchurch and Highcliffe, while Bournemouth to the west has seen rises of 11.6% over the last two years."

As the referendum negotiations rumble on, some markets are still feeling its effects, but many coastal areas have managed to bypass it. Simon explains, “The market is moving and there is demand with many people coming from Greater London and the Midlands. We haven’t experienced the Brexit effect here like London, except there are fewer buyers from Greater London than there could be.”

Not all areas along the coast have remained unaffected, however. On the whole, the market in Highcliffe is more cautious, due in part to the referendum, but also to the 2016 General Election and the Stamp Duty Land Tax increase on second homes. All these components have led to a more tentative approach to buying and selling. However, it’s not all doom and gloom and Chris Collinge of Winkworth Milford on Sea has experienced similar price growth to Highcliffe, which he attributes to higher demand.

Ben Jesty, Director of Winkworth Westbourne and Southbourne has also had a similar experience, with prices in Westbourne having risen around 8% in the last twelve months alone. This has led to an inevitable decrease in transactions as less stock is coming up for sale. This in turn has created a seller’s market as buyers compete over the limited supply available.

While coastal towns are experiencing a seller’s market, those looking to get on the coastal property ladder need to be realistic regarding pricing. Moreover, with a lack of property available, Ben advises putting your property on the market soon if you are considering making the move to the coast. “There are far less properties currently available, which is pushing market prices up. This coupled with the second-home buyer effect – buyers who traditionally start looking to purchase in the summer months - means it’s sensible to start making a move sooner rather than later,” he says.

Buyers need to be quick off the mark if they want to secure a new home. Simon advises that they also need to be organised when they come to market. “A lack of supply coming on to the market means that buyers might miss out, so it’s best to get yourselves in a good position - preferably sold or under offer - with a solid completed chain,” he explains. As prices look set to continue to rise, and interest rates remain low, it may be best to secure a deal now before prices rise further.

Click here to view our infographic "The cost of living on the coast".